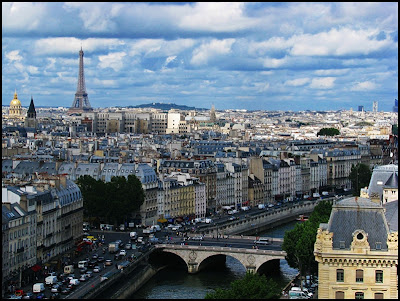 Okay. I'm back...and here's a few photos of what I saw. But first I want to thank those who commented, emailed, and continued to visit my humble blog during my absence. This is been the longest stretch--nine days, I think--that I've gone without posting since I first began. Thus, I'm posting nine photos; one for each day. Anyhow, as you've probably figured from the pics, I was in Paris for a week. I went with my teen-aged son. I've been there a few times prior, but not since he's been born (he's 17)...so it's been a while. Being a professional cook, an amateur photographer, and someone who loves beautiful cities and architecture...it was overwhelming to say the least. When I first came up out of the Metro I was on sensory overload for a few hours. I warned my son before we went that I would be taking a lot of photos, and he handled it pretty well (I snapped more than 600 photos in all). This is one of the beauties of digital photography...the last time I was in Paris I was using 35mm cameras and the cost of film adds up; with digital camera I can snap away and pick and choose only those I like. At-any-rate, I will post a few series in the coming days or weeks after I scroll through them, but I promise not to bore you with all of them. This first series is the most generic, and some of the photos are those that you'd expect from a person who just visited Paris. It's interesting that I did a few things that I have not done before on prior visits--and maybe wouldn't have if I weren't traveling with a teenager--such as going to the top of Notre Dame...which is where the above photo was taken (and what a great time we had). The photo most immediately below was taken on a corner of Rue Saint-Jacques. The one just below that, of course, is the Eiffel Tower (and it's heavier than it looks). Just below that is Notre Dame herself. Just below that is a lovely little cafe in the Jardin du Luxembourg. Next is the Pantheon. Then there's a little hotel I spotted up in Montmarte while visiting Sacré-Cœur (which, of course, is the next photo). And the last photo is the view from the tiny balcony of our hotel on Rue Gay-Lussac. Anyhow, I hope you enjoy the photos. It was an incredible time, but it also feels good to be back in my small but messy house with my two over-active and slightly over weight dogs in my little city in Western New york. 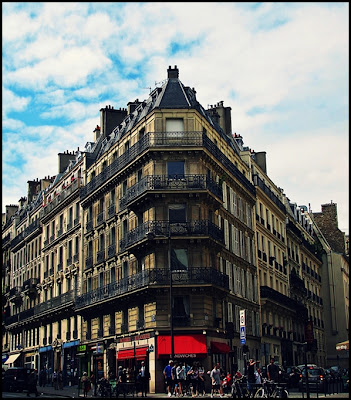 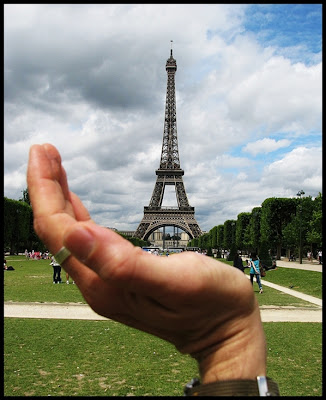 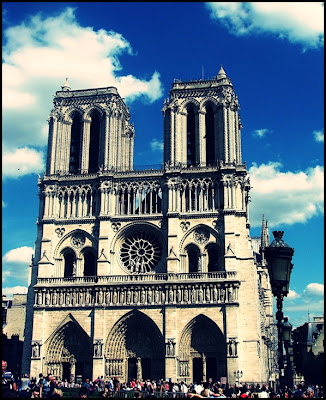 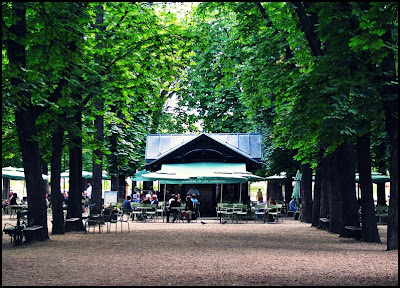 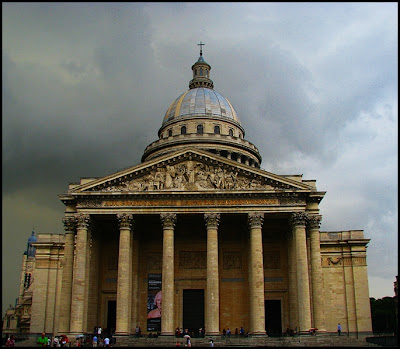 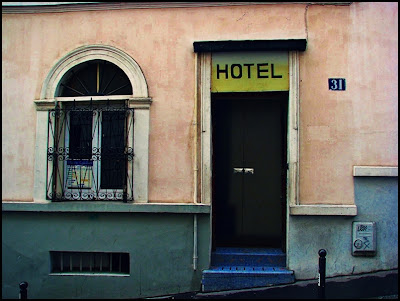 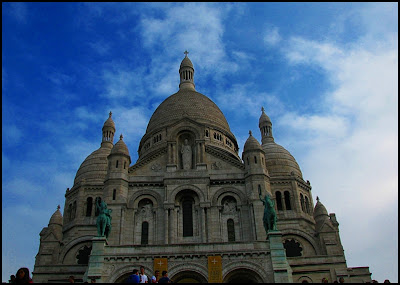 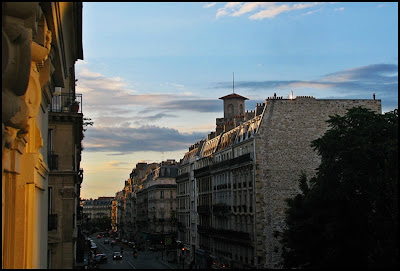