A Few Old Bikes plus a Few Words 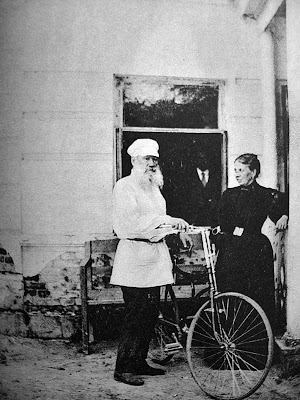 Pictures of old bikes. Or more specifically, old pictures of people on bikes. I love them. I haven't posted them in a while, so here are a few. Oddly, I started thinking about bicycles as transportation tonight--and their role in the history of transportation in the last few centuries--when I saw a bumper sticker on my way to the gym. I was on my bike and an enormous SUV was in front of me with a sticker that read "Say Yes to Clean Energy." Was this a joke, I wondered? Were they being sarcastic? Pretty bad if they were. Maybe they were sincere and were powering their house with wind power. Who knows. Anyhow, that's what got me thinking about bikes and all of the positive things they bring to the person riding them and those around them. With this said, I thought I'd post a few pictures (and sorry I don't have sources; most I downloaded quickly by doing a simple search for 1910 bicycle). Anyhow, the above photo is of Leo Tolstoy, who is said to have learned to ride a bike at the age of 67, which would make that around 1895. The photo directly below was taken in 1886 and it's one to which I have a personal connection...it's taken in front of the house in which I currently live. In fact, if you look at the window on the right hand side of the house, the one with one shutter closed, that's where I am sitting as I type these very words...separated by 126 years. Pretty weird, huh?  To read more about the story behind that picture, click here. The picture directly below that was simply titled "1895 France," but it looks more like an American neighborhood to me (but I may be wrong). And the one just below that was taken in 1894, the same year the place that I work was established. Anyhow, this is what I was contemplating as I pedaled and coasted home this evening thinking about how bicycles really are the most efficient form of transportation...and they have been used as such for quite a while. If you are interested in this sort of thing, or at least old photos of them, try Googling old bicycle photos, or 1895 bicycle photos...or other derivatives of those searches. You'll be amazed at what you'll stumble across...and there are definitely worse ways to waste time :)  Happy searching. 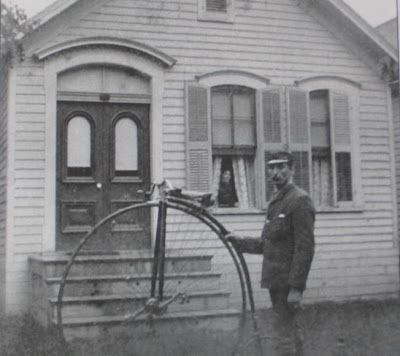 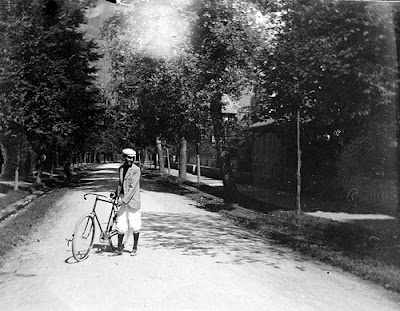 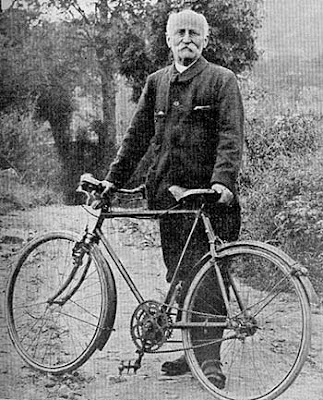