Washington Square Park in the Rain 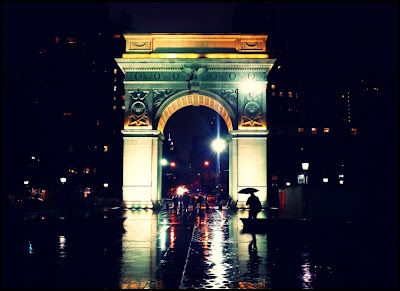 I was in NYC over the weekend when I shot these photos. I was walking back to my room after having a couple beers at the Back Fence. It was raining and I cut through the park...sometimes it feels so good to walk in the rain. Walking through places like this gives me such a sense of history...of all the people--famous and not--who have walked the very ground where my feet fell. For me it has a bit of personal history as well; albeit rather minor or brief. In my college days we--friends and I--would make nearly weekend pilgrimages to NYC and would most often end up in Washington Square Park...we were poor and it was much cheaper to pass a bottle in the park and people-watch than it was to go to a bar. I can't remember if I shared this story or not on this blog, but on July 4th, 1986 we shared a bottle with a guy who claimed to be Jaco Pastorius. I remember the date specifically because it was the Fourth of July and also because this guy jumped up on a short wall (on which we were sitting) and played the Star Spangled Banner Jimi Hendrix Style, except it was on an electric bass. In person, the guy was drunk, likely high on drugs, and super-obnoxious (which sounds about right) but he played the bass lucidly and incredibly beautifully. But that's not what I was remembering or thinking as I took a short-cut through the park on my way back to my room while the cold rain pelted me. As I walked I was taken by how timeless the park looked and felt at night and in the rain. If not for the passing cars and lights it could have just as easily have been 1912 as it was 2012. The only camera I had with me was my little Sony Cyber-Shot point-and-shoot, so that's what I used. And that too--I think--helped capture the moment. Click any photo for a slightly larger view. 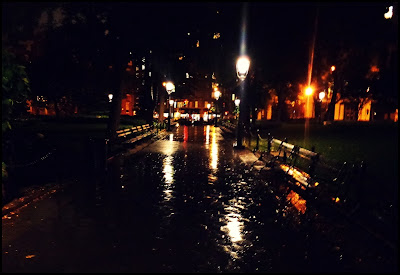 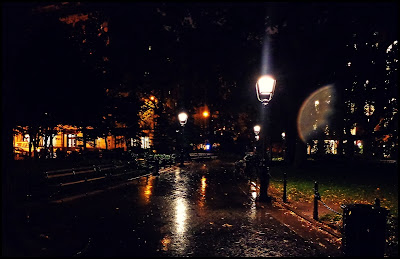 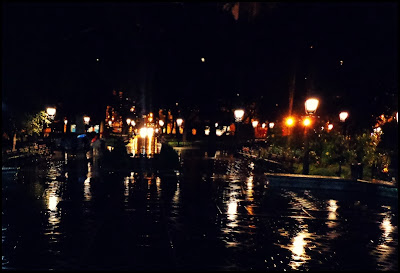