Plus de neige (the day after) 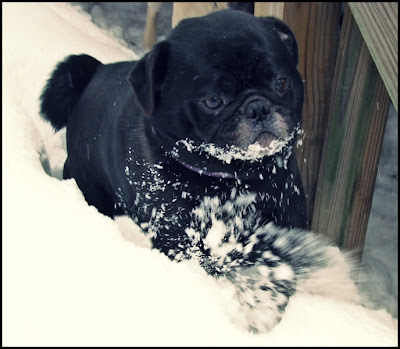 This is really a continuation of my last post. Yesterday we (Buffalo) got pounded with snow. And it's interesting I think in that with last winter's mild weather (and the first half of this winter's mild weather) locals--even those who would normally bitch about the snow--really welcomed it. This, after all, is what a winter in Western New York is really like...this feels normal to us. Anyhow, I worked a split shift today and walked to-and-fro twice (no, I didn't ride a bike--but I thought about it--as I've often said...I may be a bit crazy but I'm not stupid), and I had a camera with me to take a few shots. I have to admit that I am partial to the photo above. That's Franklin--one of my pugs--looking serious while running through snow that is almost deeper than him (it is a known fact that pugs are big dogs trapped in little dog's bodies). Anyhow, here's a few photos of the day/evening after a storm... 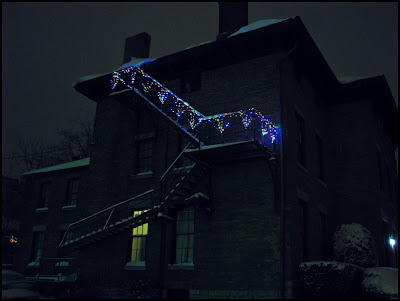 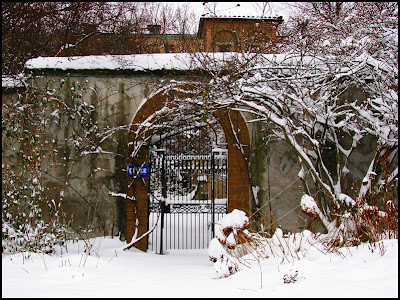 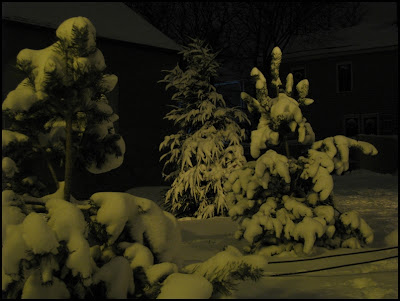