No Tricks or Fancy Riding Without Permission... 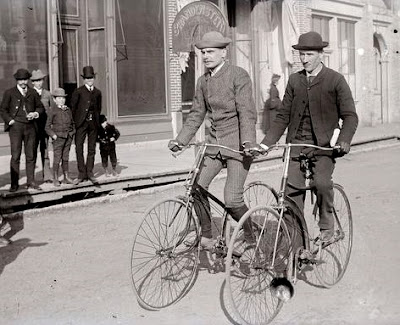 What, you may wonder, do these two photos have in common? Well, they are both taken in the city in which I live and during the same time period (around 1890), when the main mode of transport was horse (and carriage), your own two feet, or a bicycle (which were somewhat new at the time). They were also being monitored by the "Blue Coats" (cops on horses) to make sure they weren't going too fast or doing any "fancy tricks." According to The Buffalo History Gazette, the cops held stop watches and made sure the cyclists didn't go faster than 10mph/16kph. They were also not allowed to "coast" or ride without both hands on the handlebars. It's interesting, as strict  as this is, I really wouldn't mind it if there were more enforcement on cyclists these days...every time I see a bicyclist blow through a red light or ride on the wrong side of the street against traffic I wonder how we are supposed to be taken seriously if we don't act the part. Many people don't realize but the original traffic laws (rules of the road) that exist today were first intended for cyclists and predated the auto. I'm just sayin'... 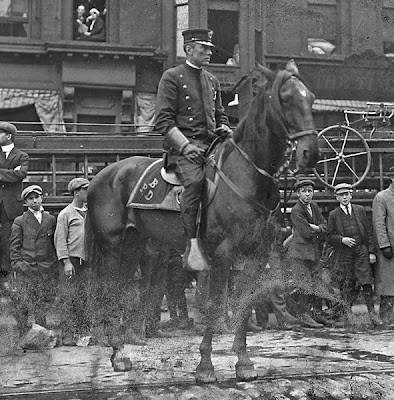