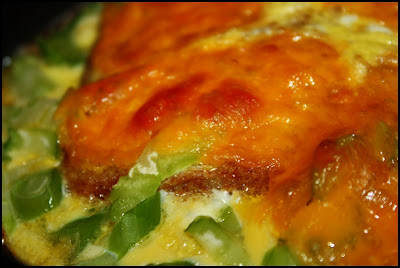 Okay. Firstly, let me explain what this is. And by this I don't mean classically (in the culinary world) but what it was to me; what it was for my dinner tonight. It was...well...a sort of look-in-the-fridge-and-make-make-something-out-of-it meal. Like much of the east coast we got hit with heavy snow today and I didn't feel like going shopping after work. My son was out so I only had to cook for myself. So I checked my kitchen and I found some eggs, bread, onions, garlic, cheese, and a few broccoli stems (I ate the florets from them a few night ago). So this is what I made. A strata (culinarily speaking) is a cross between a frittata (or a quiche with the crust on the inside) and a sort of savory French toast. Interestingly, the French word for French toast is "pain perdu," or lost bread, indicating the bread is stale and cooking it in that manner is a way of reclaiming it (or at least not wasting). And that's exactly what this was tonight. This was really good and satisfying, and as far as the ingredients the sky really is the limit (but the contents of your fridge are the real limit). Anyhow, this couldn't have been easier to make, and it hit the spot...thought I'd share the recipe. 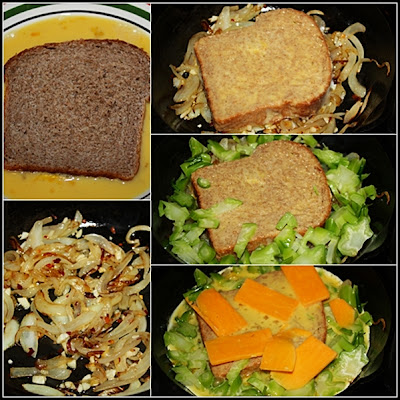 Preheat an oven to 400F. Place the bread in a shallow bowl and pour the egg-milk mixture over it; turn the bread to coat both sides—allowing it to soak up the egg—and set aside. Heat the olive oil in a small skillet over medium-high heat. Add the onion and cook it until it just begins to caramelize. Add the garlic, hot pepper, and salt; cook another minute or two. Lift the soaked bread from the egg and lay it on the onions, then layer the broccoli on and around the bread. Pour the remaining egg mixture into the pan. Lay the cheese on top of the bread and place the skillet in the oven. Cook the strata for about 10 minutes, or until cooked throughout, slightly puffed, and golden brown. 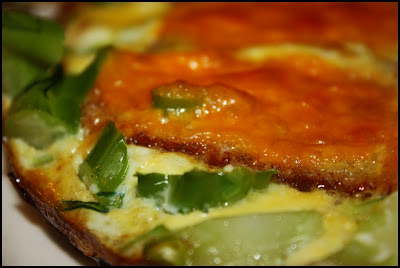