Things That Can be Carried on a Bike (#454), the View from My Handlebars, and a Couple Thoughts on Sharrows 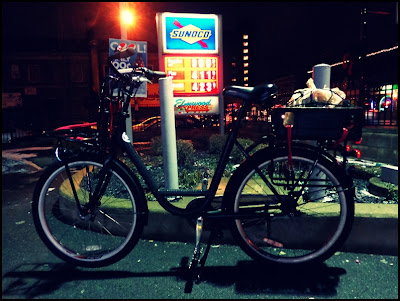 On the bike...10lbs of whole wheat flour and a small box of vital wheat gluten (note the price of gas in the background).

The view in front of me...Mr. Goodbar (sometimes I get thirsty whilst pedaling a bike). 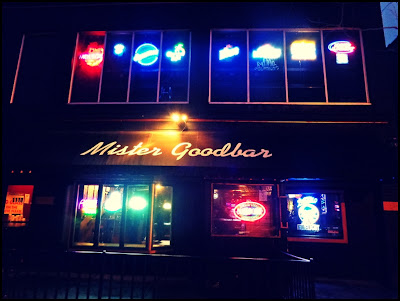 On Sharrows....okay, so first a couple things. Buffalo, the city in which I reside, has made huge leaps and bounds in regards to bicycling in the last few years. We have bicycle racks throughout the city, streets with designated bike lanes, and the newest addition (not that new), sharrows. These are awesome, they really are, but I seriously wonder how effective they are. The one pictured is in the middle of Elmwwod Avenue, thus indicating (I assume) that bikes should ride there...in the middle of the street. To do this, I think, would be like...well, sort of like playing a bicycle version of  Russian roulette. I don't mean to sound cynical, but sometimes it is scary enough riding on a narrow road like this (where drivers still consistently drive 40mph/64kph--or more--when the speed limit is much less than that). Nonetheless, and as aforementioned, I do think they--sharrows--are great. At the very least it brings awareness to bicyclists as a form of transport. I'd be interested to hear what others had to say about sharrows (bicyclists and drivers). 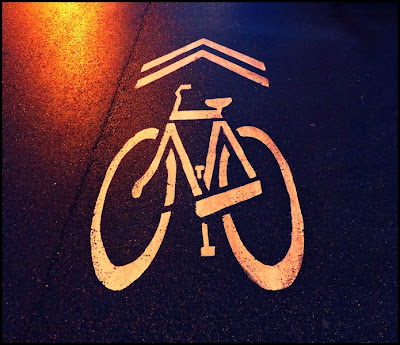