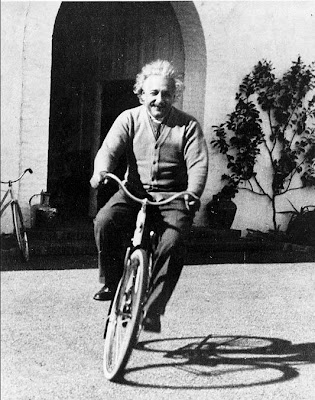 Today is the day of Einstein's birth. And yes, I know this series is based on "five quotes" but I included a few extra.

“When you are courting a nice girl an hour seems like a second. When you sit on a red-hot cinder a second seems like an hour. That's relativity.”

“Reality is merely an illusion, albeit a very persistent one.”

“Science without religion is lame, religion without science is blind.”

“Learn from yesterday, live for today, hope for tomorrow. The important thing is to not stop questioning.”

“A human being is a part of the whole called by us universe, a part limited in time and space. He experiences himself, his thoughts and feeling as something separated from the rest, a kind of optical delusion of his consciousness. This delusion is a kind of prison for us, restricting us to our personal desires and to affection for a few persons nearest to us. Our task must be to free ourselves from this prison by widening our circle of compassion to embrace all living creatures and the whole of nature in its beauty.”

“The search for truth is more precious than its possession.”

“Energy cannot be created or destroyed, it can only be changed from one form to another.”

“Everything is determined, the beginning as well as the end, by forces over which we have no control. It is determined for the insect, as well as for the star. Human beings, vegetables, or cosmic dust, we all dance to a mysterious tune, intoned in the distance by an invisible piper.” 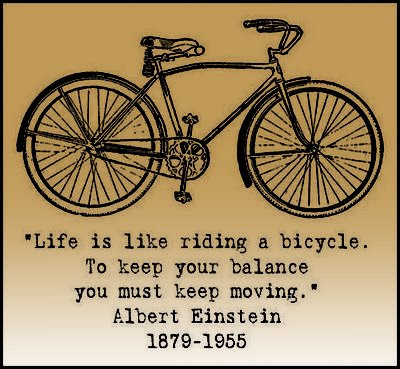 More in this series.