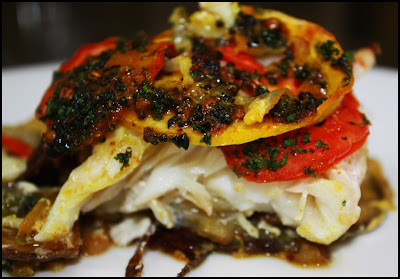 Yes, this is as delicious as it looks. And again--even though it may seem complicated to make at first glance--it is really quite simple. I used spices that I enjoy, but if you have an aversion to heat simply tone them down or omit them all together...it will still be delicious. Strata takes it's name from layers rock formations because of the layers of foods. This is also, of course, the name for various layered egg dishes, but this recipe contains no egg. This is a great recipe to serve a small group where the baking dish is brought from oven-to-table; it makes a great presentation. Anyhow, the easy recipe is below but prior to that I've showed the simple steps in photos (with a few words). Enjoy. 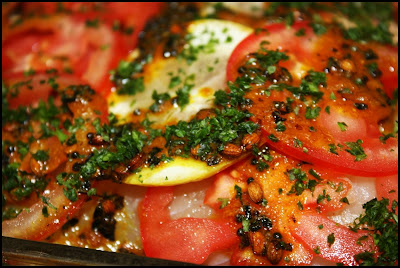 Begin the recipe by slicing the potato and browning it in an oven. 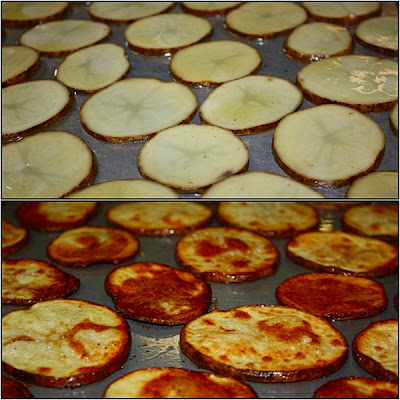 Next, cook and slightly brown onions, peppers, and a few cloves of garlic. 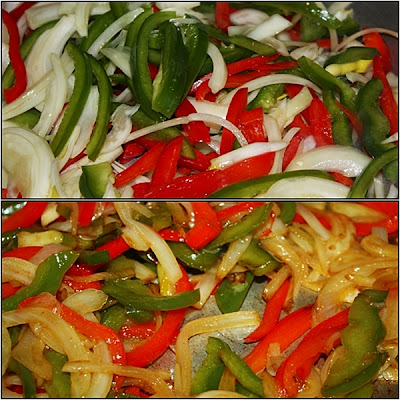 Here's the fun part: layer the casserole. First the cooked potatoes, then the peppers and onions, then raw fish, and lastly tomatoes and lemon. 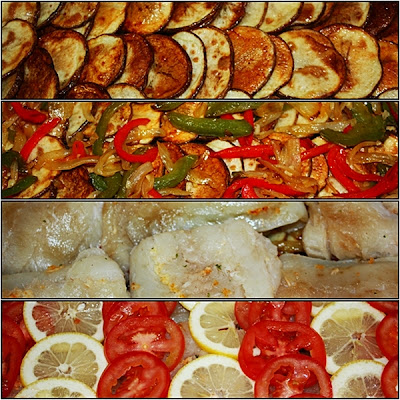 Cook the spices in oil, splash it with fresh lemon juice, and drizzle it over the fish. 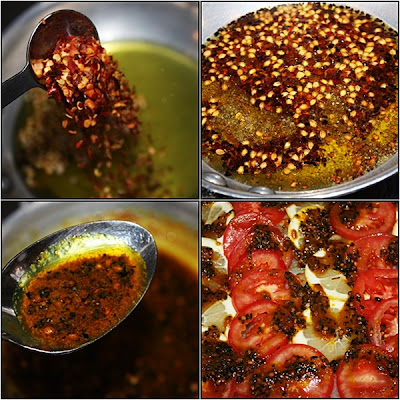 Now here's the easiest part...put it in the oven. Simple as that. But trust me, the best thing of this recipe is eating it (the recipe is below). 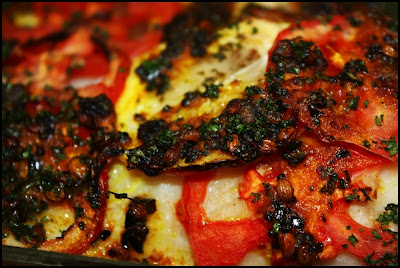 Preheat an oven to 450F. Combine the sliced potatoes in a bowl 3 tablespoons of oil and ½ teaspoon salt. Stir the potatoes to coat them with the oil, then lay them in a single layer on a baking sheet and bake them for about 15 minutes, or until thoroughly cooked and slightly browned; set aside.

Heat 3 tablespoons of oil in a heavy skillet then add the sliced green pepper, red pepper, and onion. Cook the onions and peppers for a few minutes until they just begin to brown, then add the garlic and cook another minute; set aside.

In a small skillet, combine the remaining 3 tablespoons of oil along with the coriander seed, hot pepper, and black mustard. Heat the skillet over medium heat and cook the spices for a couple minutes, until they become fragrant and begin to “pop.” Remove the pan from the heat and stir in first the curry powder and remaining ½ teaspoon of salt, then (carefully) the lemon juice.

Spoon the oil-spice mixture over the fish, then sprinkle the parsley across. Lower the oven temperature to 350F and bake the fish for 20-30 minutes, or until cooked throughout..