Things I Saw While Riding My Bike Today (a photo essay) 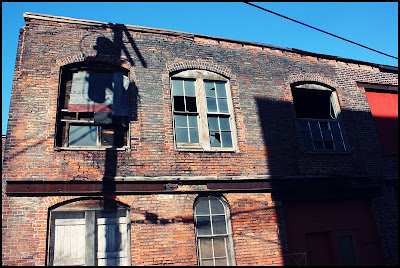 Firstly I have to say a couple things. Mainly an apology (if these pictures bore you). This is the most photos I've posted at one time. But sometimes I simply cannot help myself. I am proud of my beautiful city and it's long history. Yes, I realize--to my friends "across the pond" who are reading this--by some standards Buffalo is not an old city, but in North America it is. Anyhow, it was such a beautiful spring morning (crisp and not a cloud in the sky) that I felt like taking a bike ride (big surprise, right?). So I packed a couple cameras, lenses, and a tripod on my bike and rode through a few of our city's oldest and original neighborhoods...the Cobblestone District, the Old First Ward, and the area around the Grain Elevators and the Buffalo River. While the First Ward is a residential area, the others are not...especially around the grain elevators. And when I went there this morning it was--not surprisingly--devoid of people; the crumbling buildings in the Cobblestone District was the same. And it felt incredibly beautiful to me...big hulking grain elevators with the sound of nature all around me. There were, for example, wild geese all over the place. It's as if the area has regressed into an unofficial nature preserve without the help of humans. The abandoned grain elevators and buildings in the Cobblestone District were like architectural ghosts...not really living but not ready to make the transition to the other side. They themselves--without words--have a story to tell about the Queen City. I shot nearly a hundred photos this morning, and here's a few I thought I'd share. 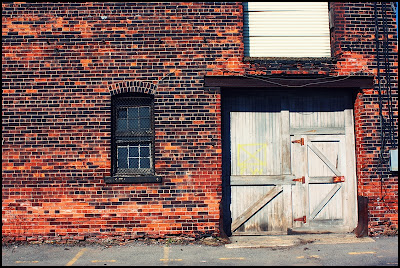 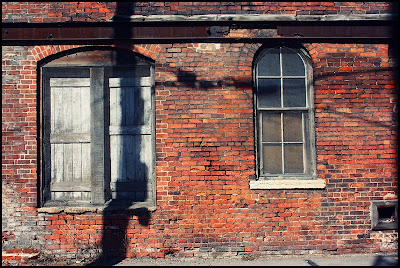 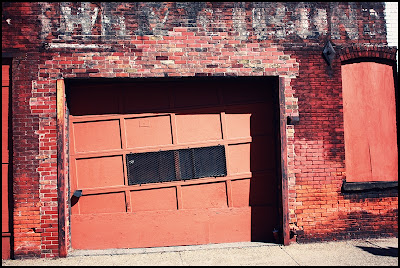 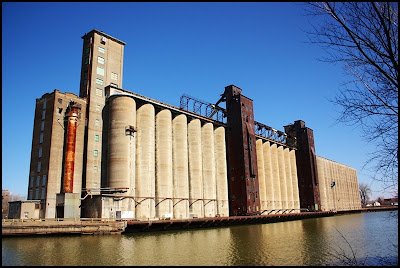 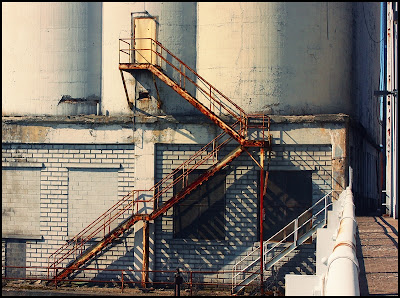 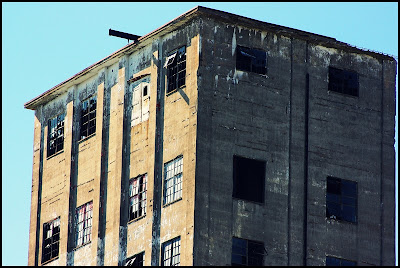 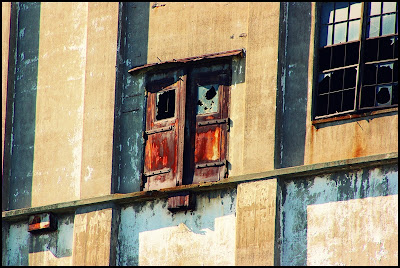 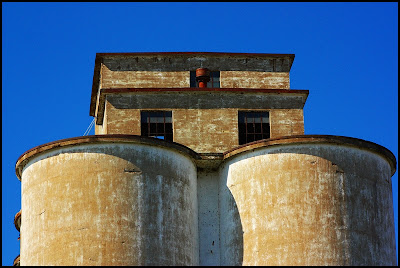 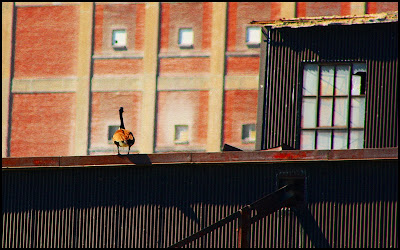