A Building and a Bird in the Rain 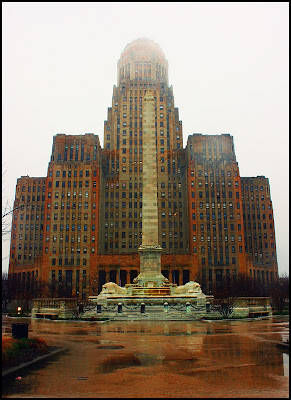 When I left work today cold air was blowing out some of the warmer air we had yesterday, creating some fog. As I rode home I could see the top of our city hall shrouded in fog and thought it would make an interesting photo. So after stopping home I rode downtown. But by the time I arrived most of the fog had lifted and it had given way to a rather heavy rain, but I thought I'd still take a couple shots. I had my camera bag wrapped in plastic, and I walked the bike under a tree for cover from the rain to get a camera out (it was unsuccessful...I still got wet, but protected the camera--mostly--by holding it in my jacket. Anyhow, as I was wrestling with the plastic bag I glanced up in the tree and there--just a few yards from me--was the bird you see in the below photo. It seemed to be posing for me. That was the real prize. I snapped a few shots of it before it flew away. It made the short ride in a heavy rain worth it. 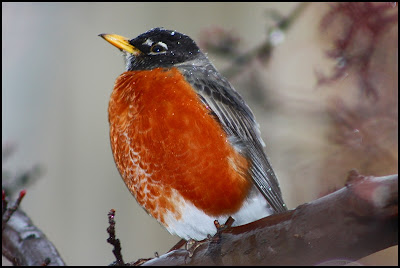