Just one of the reasons I choose to ride a bike... 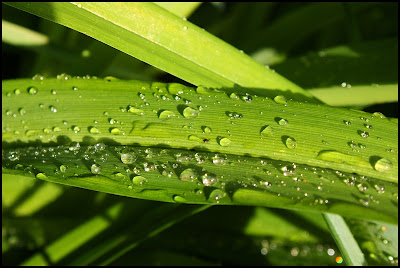 I've mentioned in previous posts but not in quite a while that one of the things I really like about riding a bike is that I am an active part of the environment around me, that I am out in the elements. But even more than that, when I'm on a bike I see things that I really do not think would be possible if I were in a car. Today was a good example, but I'm getting ahead of myself as I sometimes do. I first have to preface this brief story by saying that being a cyclist (and I know that I am not the only one thinking in these terms) makes me keenly aware of the weather before I leave my house. The past two days, for example, have been really weird weather...autumnal-like temperatures (I have my wood stove burning as I type these words) and a near constant fluctuation of rain (sometimes light and other times crazy downpours), blinding hail, and sun. So as I was about to leave the house earlier this evening I see that it is hailing and raining at the same time, so I waited about 10 minutes and it stopped. Then, as I began my short ride to the health club, the sun came out and the pavement beneath me began to steam (from the cold hail, I suppose). Everything was covered in a light steam about six inches deep. At one point when I stopped for a traffic light and put my foot down fog-like steam swirled around my foot and tires. It was like being on a movie set (unfortunately I didn't have a camera on me for fear of it getting wet). When I came out of the health club an hour later I could see that I must've just missed another hail/rain storm (my bike and the ground were covered in tiny pellets). But now the sun was shining brightly and everything had small droplets attached to it. When I arrived home I snapped a few photos in my front yard and a neighbor's; it was as if things were illuminated. From now on when someone asks me why I choose to ride a bike I think I'll answer simply, "So I can see things." 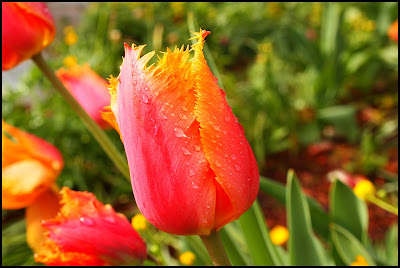