Fourteen Bean, Grain, and Legume Bread (a meal in every slice) 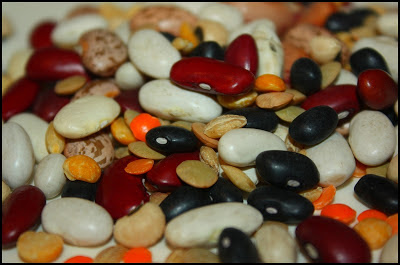 I've posted this recipe some time ago but it is so easy to make and so delicious that I thought I would re-post it. This is really a variation of my Ezekiel Bread recipe (click here or here) but somewhat simplified in that you boil the beans all at once rather than in stages. And while I used 14 different beans and legumes nearly any can be used, or even just one (the recipe below reflects this). 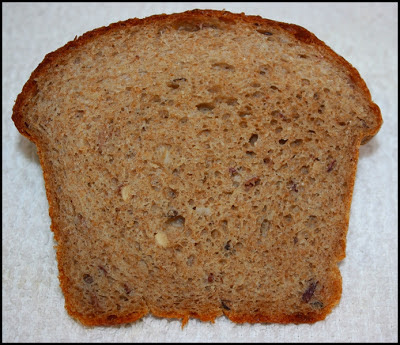 What I find interesting about this bread is that while it adds tons of nutrition to the bread it also adds a soft texture. And interestingly, the beans mostly are mashed into the bread itself when kneaded. You can see in the image above there are just specs of beans in the finished slice. And if you are worried that this is a difficult bread to make, don't be...basically, after boiling the beans or grains you simply make this like you would any other whole wheat bread except you utilize the cooking liquid as the water and add the beans to the dough. 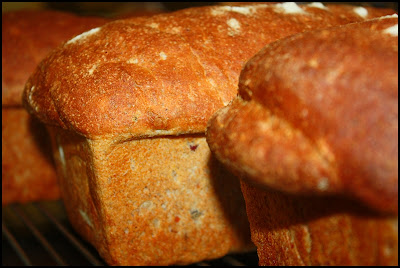 Boil the beans until very soft. As the beans cook add more water to the pot as necessary because the cooking liquid, which is full of nutrients, will become part of the recipe (keeping a lid on the pot will slow it's evaporation). After the beans are cooked allow them to cool in the liquid to room temperature, refrigerating if necessary. After the beans are cooled drain them, squeezing them with your hands or the back of a spoon, reserving the cooking liquid. 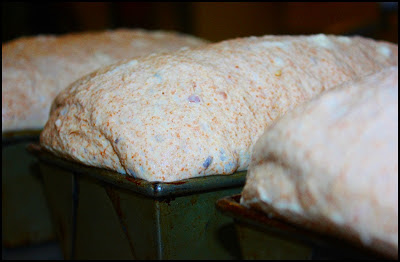