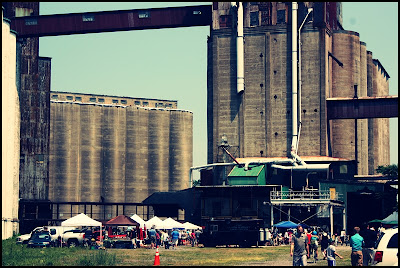 These are a few photos of a ride I took this morning with a destination in mind. I've been reading (on Facebook) about a flea market being held in an area of the city which is now being called Silo City, which I think is a relatively new term. It's referring to an old waterfront section of the city that contains most of our city's grain elevators, a few are still in use but most seem abandoned (I've posted on them before here and here). These things (the grain elevators) are like Roman ruins here; testaments to our city's past but also--with things like the Silo Flea Market and other events there--premonitions and hope of what's to come. This was a really cool event. The entire area is desolate; creepy, sort of eerie. It was hot. Really hot. And as I pedaled and stopped at times to take pictures a car would pass periodically down the dusty road leading to the market. Usually there is not a soul to be seen here, and for the most part this was true today on my way there. At some points, as I stopped to take photos and walk around these monuments, the hair on the back of my neck stood up a little. I felt vulnerable in a way, being there by myself. Were there squatters, I wondered, watching the observer? At any rate, when I pedaled a bit further and turned the corner it was like a surreal oasis..a market amongst the otherwise desolate grain elevators (picture above). If you've been to this blog before you know that I have a keen interest in the history of the city of my birth, and this in a way, felt like I was witnessing history in the making. As hokey as it sounds that's how it felt. Our historical ancestors--those who built and worked these elevators--were smiling today. I took more than a hundred photos today but won't bore your with them all, so here's just ten. Click any for a larger view. 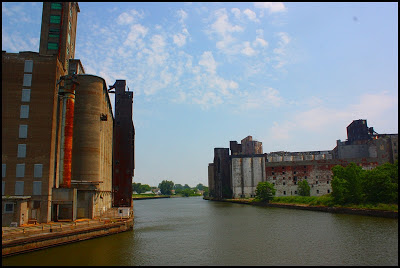 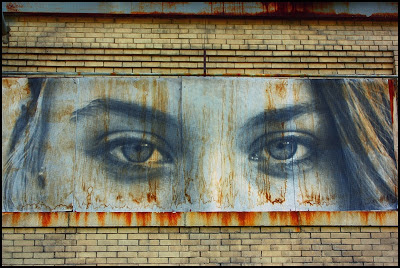 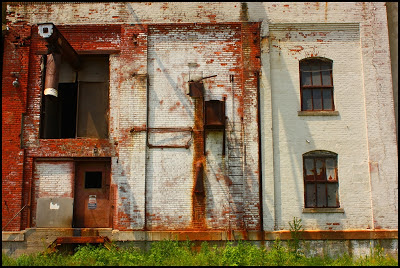 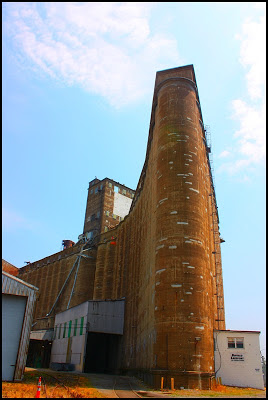 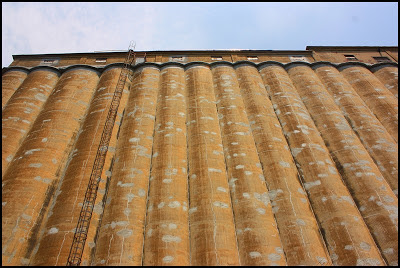 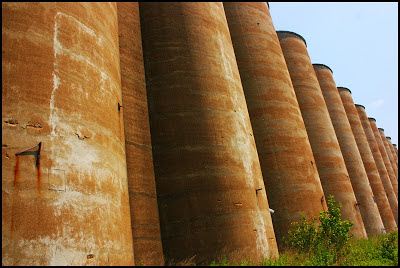 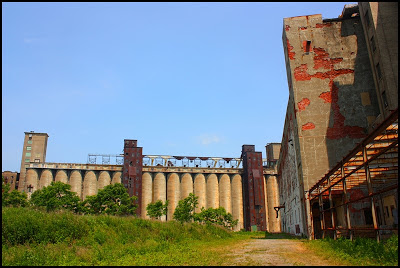 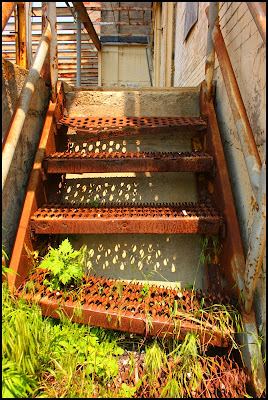 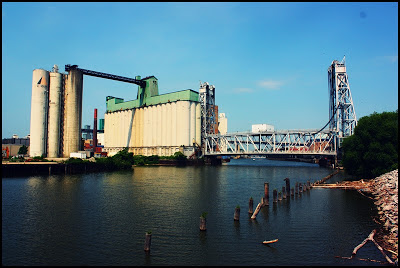 Andy in Germany said…
We have nothing on that scale locally, and very few abandoned factories: I expect there isn't the space to leave stuff as the industry here is along a narrow valley.

Joe George said…
Hey Andy, Great to hear from you. Yes the grain elevators are pretty interesting. Impressive to stand next to. Take care.
June 25, 2013 at 9:54 PM