The View from My Handlebars...Undulatus Asperatus 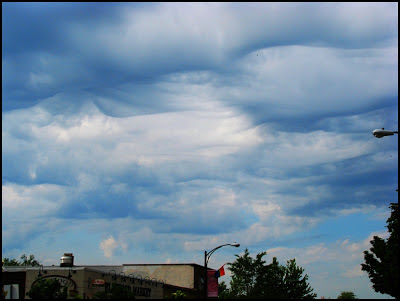 I find this stuff fascinating.  Clouds, stars, atmosphere... you get it. Anyhow, I saw these cloud formations as I pedaled to the health club tonight. They look really good in the photos but in real life they were breathtaking. They quite literally stopped me in my tracks a few times (when I took these photos). I thought they might be the somewhat new cloud formation that I had heard about (first new one to be categorized since 1951) and sure enough when I arrived home and looked them up they fit the description. The phrase Undulatus Asperatus translates from the Latin as "rough waves." I heard others describe them as like looking at waves from underneath them, and that's exactly what it was like...these incredibly beautiful slow moving cloud-waves rolling past. Then, as quickly as they appeared they were gone, returning to greyer and less wavy clouds. To see a photo of mammatocumulus (mammary clouds) I took .last spring, see this post.

And lastly, a few words from Gavin Pretor-Pinney, author of The Cloud Collector's Handbook..."Even if you live in the middle of the city, the sky is the last wilderness you can look out on." 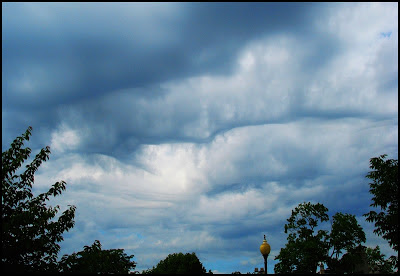 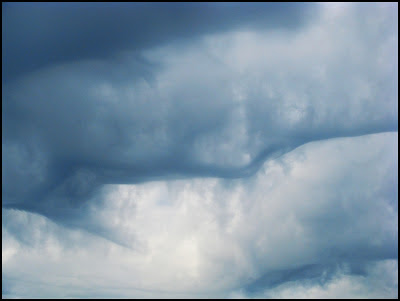 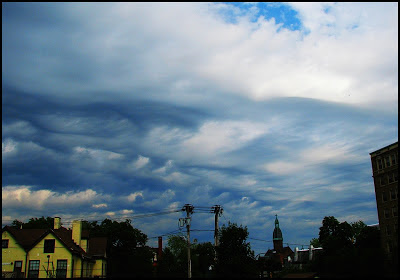