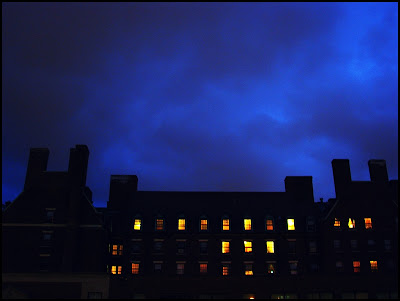 “Just as a painter needs light in order to put the finishing touches to his picture, so I need an inner light, which I feel I never have enough of in the autumn."
~Leo Tolstoy

Autumn has always been my favorite season. And yes, I realize that we are a couple weeks away from it's official arrival, but these past couple days surly felt like it. It's an introspective time for me; it always has been. I don't know why, it just is. A sort of meditative melancholia, but in a good way (if that makes any sense). In the same way that spring brings renewal, I believe autumn does too, but in a different way. Things change...some things end and some begin. New schedules (my second year at seminary begins soon), new--or diminished--light in the sky, and a sort of preparation for things (both physically and spiritually) of what's to come with the starkness of winter which will surely follow theses next few months. I had a sort of odd week at work, and a busy last couple of days, so I took a brisk and cleansing walk last night (which ended with stopping for a couple beers). It felt good to have the cool breeze on my face; it drizzled a little and that felt good as well. I could smell wood smoke in the air, and I too started a small but brief fire in my wood stove to take the chill off the house when I got home. The change of season feels good to me...needed. Anyhow, I thought I'd share these tow photos I took while walking; click either for a larger view.

“Aprils have never meant much to me, autumns seem that season of beginning, spring."
~Truman Capote 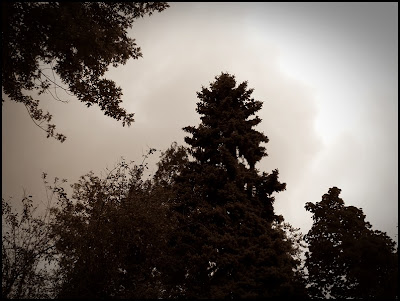