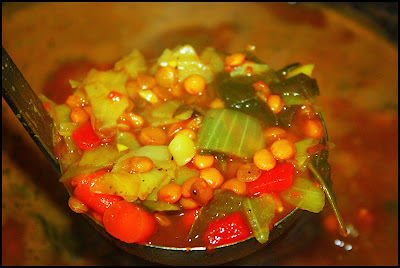 This is a variation of my more traditional Lebanese Lentil Soup recipe; in this version I added many more vegetables. This is super easy to make and yes it tastes as good as it looks. The vegetables I added are simply suggestions (it's what I had on hand), use whatever you like. This is easily a meal in itself, and if you reduce the liquid and make it thick enough you can serve it over rice. And while it is a large-ish quantity, this soup freezes well. This soup is delicious and appropriate year-round but is especially fitting during the colder months. 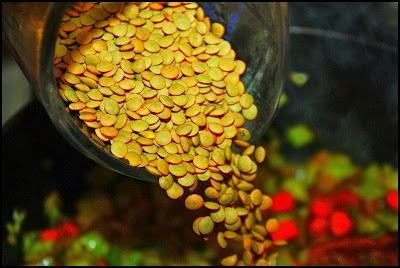 Heat the oil in a heavy soup pot over medium-high heat then add the onion pepper, carrot, and cabbage. Sweat the vegetables for a few minutes then add the garlic; cook the vegetables a couple minutes longer. Stir in the seven spice mix, turmeric, and salt; cook for a minute or so, then add the lentils, tomatoes, chicken broth, and potato. Bring the soup to a boil, then lower it to a simmer. Cook the soup for about 45 minutes, stirring occasionally. If it becomes too thick add additional broth or water. Stir in the spinach and cook it for about 5 minutes. Then stir in the lemon juice and simmer another five minutes, or until the lentils are very soft.

Mix the spices together and store in an airtight container, or use as needed. 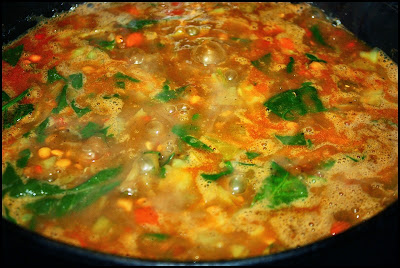