30 Hours on a bike in the snow and some of the things I saw and did... 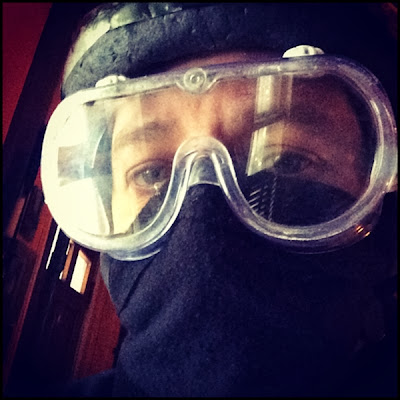 So first of all, a couple things. I was not literally on a bike for thirty hours in the snow, but this is a photo essay of how I got around by bike whilst in the middle of a minor snow storm. There are some like myself who choose to ride year-round, but there are many others who say it can't be done. Well it can; here's proof. And the other thing is that I rarely post pictures of myself--let alone a selfie--but here you have it; that's me as I was heading out the door to go to work yesterday. Anyhow, here's a few things I did and saw on bike in the last 30 hours.

The image below was on my way home last night as I came home from work. It was really coming down and pretty scary to be on a bike (scary because of the cars). I like to say that I may be a little crazy but not stupid. So when things got too dicey I just got off the bike and pushed it the few remaining blocks home. 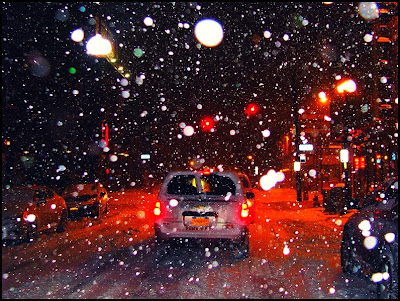 The next three images below were taken this morning on my way to church and after arriving. The bottom of the three shows my bike locked up once arrived at our church parking lot...note that even the bicycle parking was shoveled. Our little church welcomes everyone, I thought to myself as I was locking up the bike (and we mean this literally)...even half-crazy middle-aged guys who ride their bikes in the snow. 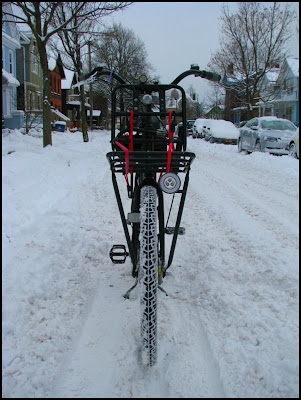 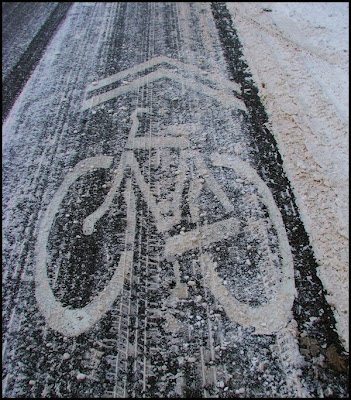 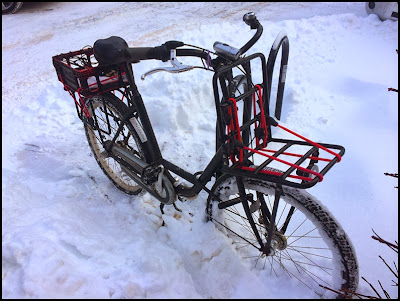 After worship I stopped for coffee before heading home... 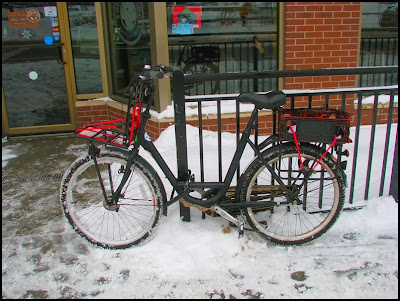 After lunch I went for a late-afternoon steam and swim at the health club... 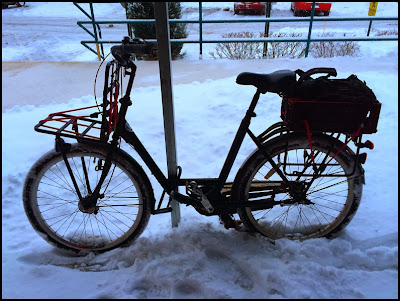 And before heading home I stopped out for a beer... 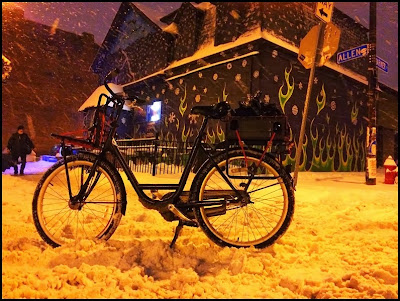 Being car free is possible...even in a snowy city. I'm jus' sayin'...
I'll get off my little soapbox now.