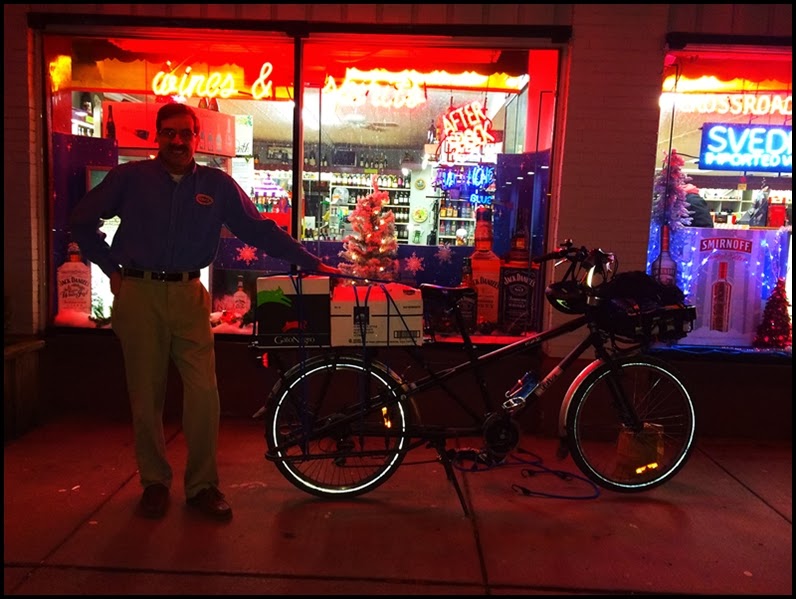 A few words...It's interesting, I think, of some people's reaction to carrying stuff on a bike. I'm so accustomed to it that I sometimes--often--forget that this is not the norm for mainstream America. Earlier today there was a young kid (and listen to me sounding old...he was probably about 19) who started asking me about the bike, and then he told me it was "gnarly" (he actually said gnarly). Anyhow, pictured above is Jim, one of the owners of Hodge Liquors here in Buffalo, one of my favorite places to purchase my wine. He and a couple other guys came out last year to see me load stuff on my bike only that time I had my trailer with me. Tonight he was curious to see a case of wine on a bike without a trailer (meanwhile I also had all the groceries). Anyhow, he came out to chat while I loaded it (on this very cold night) and I asked if he would pose with his wine on my bike. And there you have it. Thanks Jim! 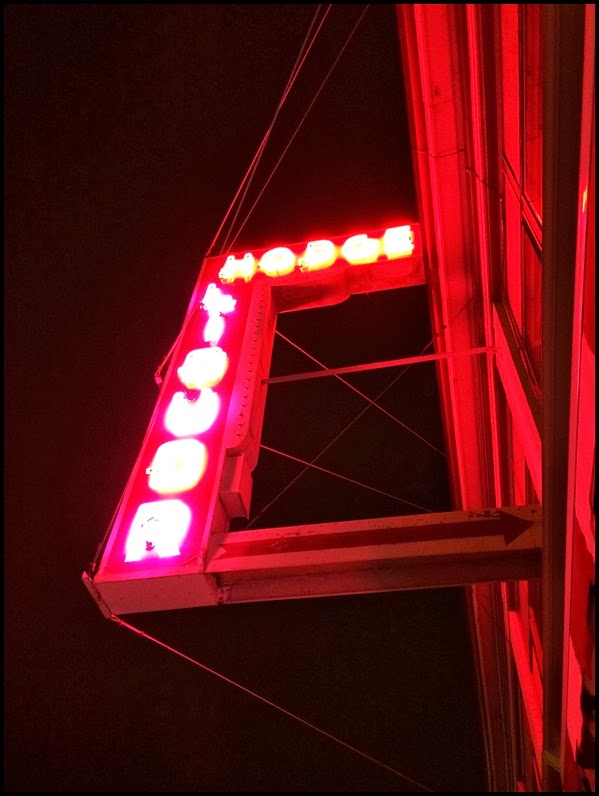