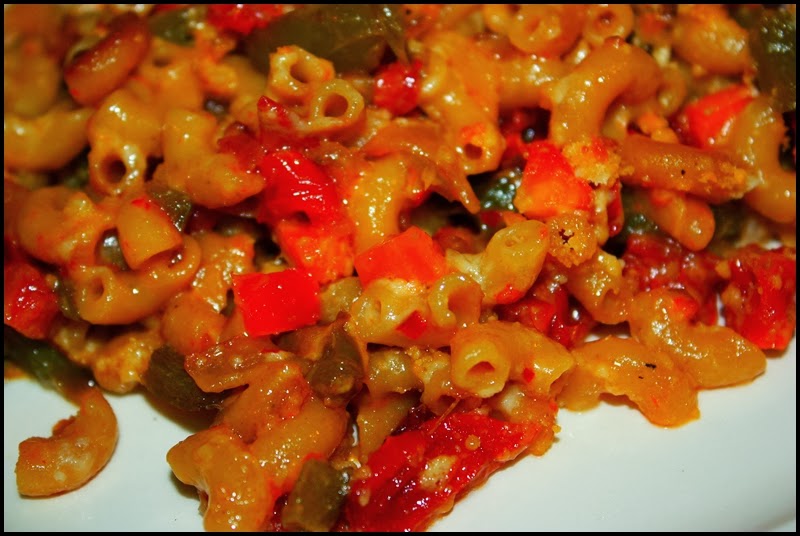 So here is another recipe that is super easy to make but bursting with flavor. It's really just a sort of Mediterranean-style macaroni-and-cheese. The key flavor techniques are browning the vegetables (making a sort of sofrito), reducing the chicken broth for concentrated flavor, and allowing the pasta to finish cooking in the sauce so it absorbs flavor as well. If you want to make this vegetarian you can replace the chicken broth with vegetable broth. This makes a great main course or side dish. Anyhow, here's the recipe in words and pictures. 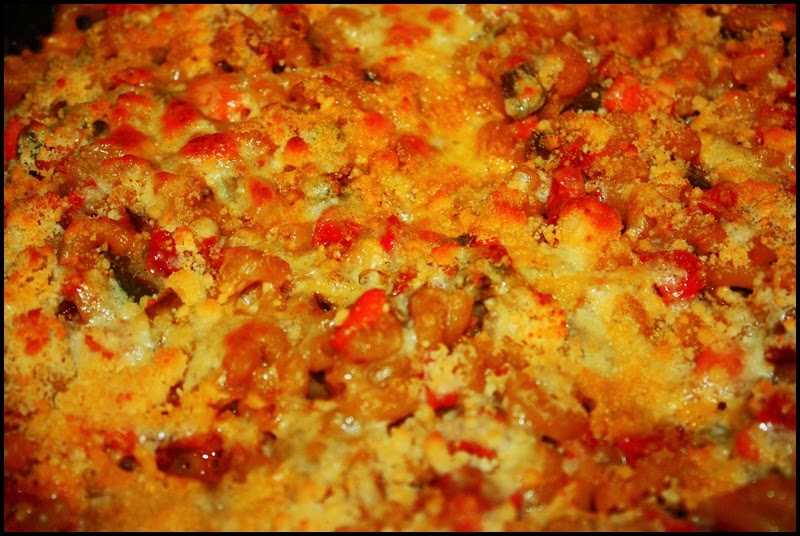 Cook the pasta al dente in a pot of salted water, then drain it and set it aside.

Heat the olive oil in a heavy skillet over medium-high heat, then add the onion, carrot, and bell pepper. Cook the vegetables, while stirring or tossing, for about 5 minutes, or until they begin to brown. 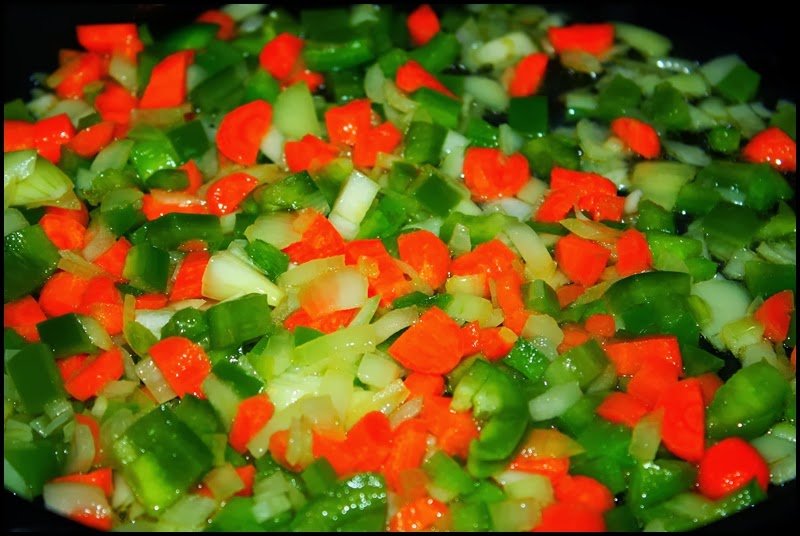 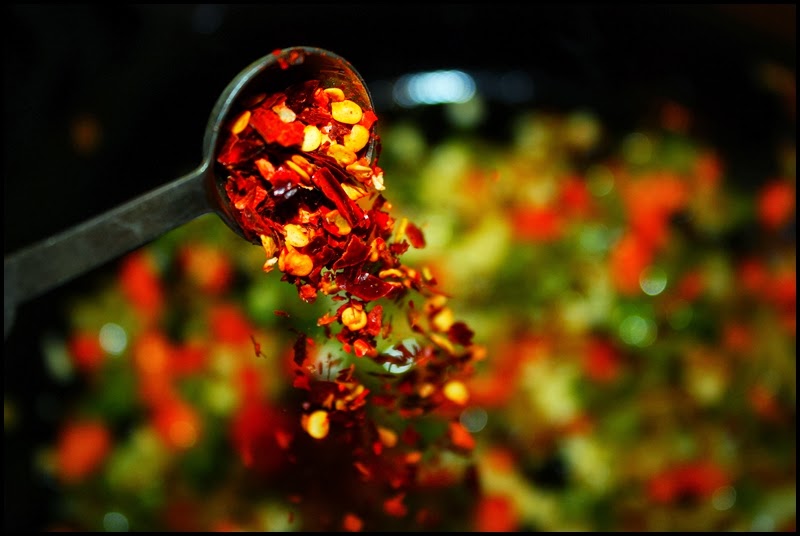 Stir in the chicken broth and salt, bring it to a boil, then lower it to a simmer. 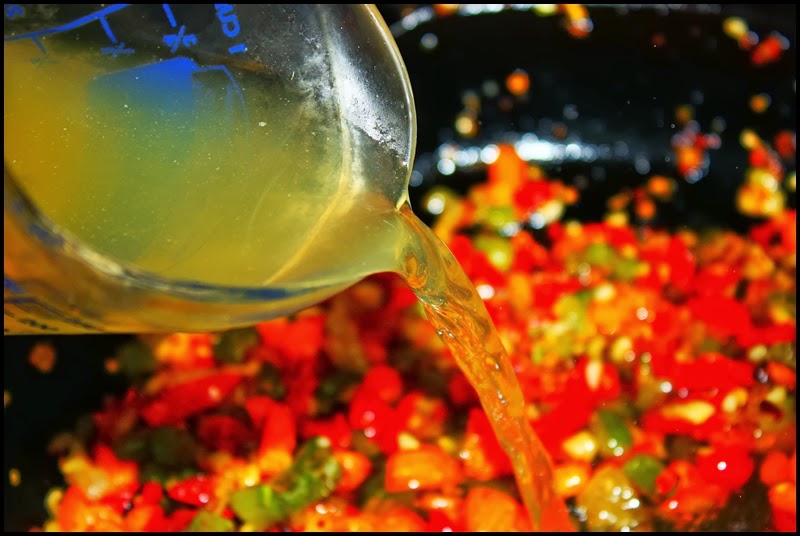 Cook the sauce for about 5 minutes, or until it has reduced by about half. 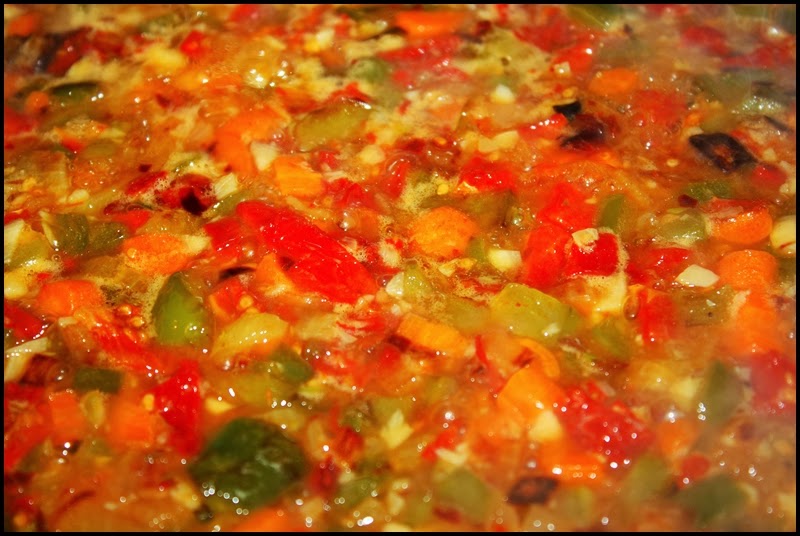 Add the cooked pasta to the skillet and cook it in the sauce for a couple minutes while gently folding it with a spoon to allow flavors to absorb. Fold half of the cheddar and Parmesan into the pasta and sprinkle the remainder over the top. Transfer the skillet to the oven and bake for about 10 minutes, or until the top is crispy and lightly browned. 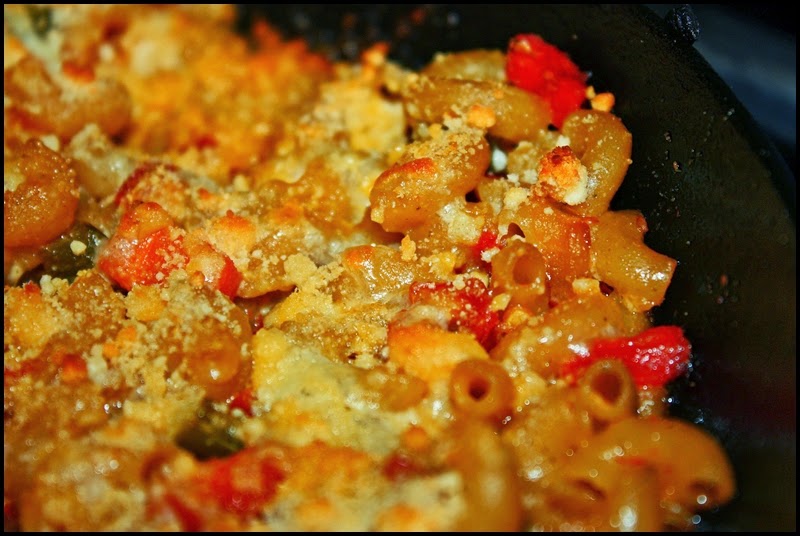