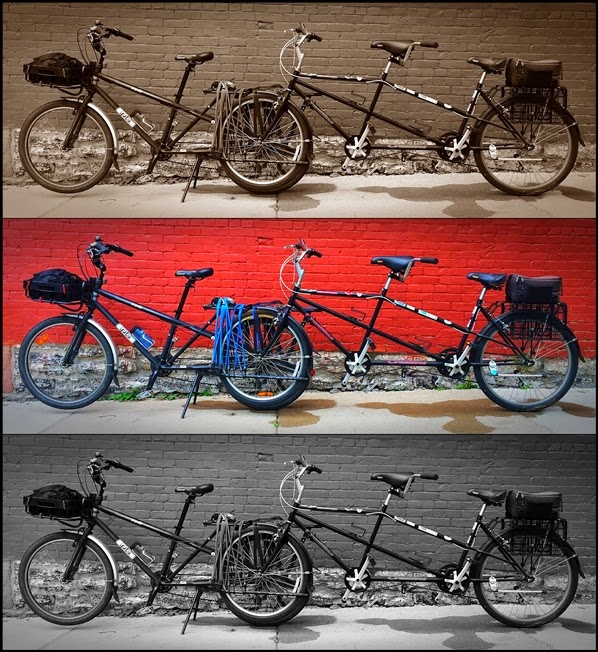 I was pulling this tandem on it's way to sell to someone and one of the best comments I received was someone yelled out at a traffic signal, "Hey, are you the bike taxi?"

The tandem has been in my teeny basement for at least the last five years. I used to use it to carry my son and I around when he was you. It was actually featured in an article that I wrote for Buffalo Spree about bicycling some years ago (click here to read the article and see the photograph of my son and I on the bike). I sold it to a a guy who has a young son so hopefully they'll have as much fun as we did (we also used this bike to go on a mini-vacation and rode it to Niagara Falls, Canada and spent the night). Anyhow, for this reason--sentimental reasons--as he rode it away I was sorry to here it go...