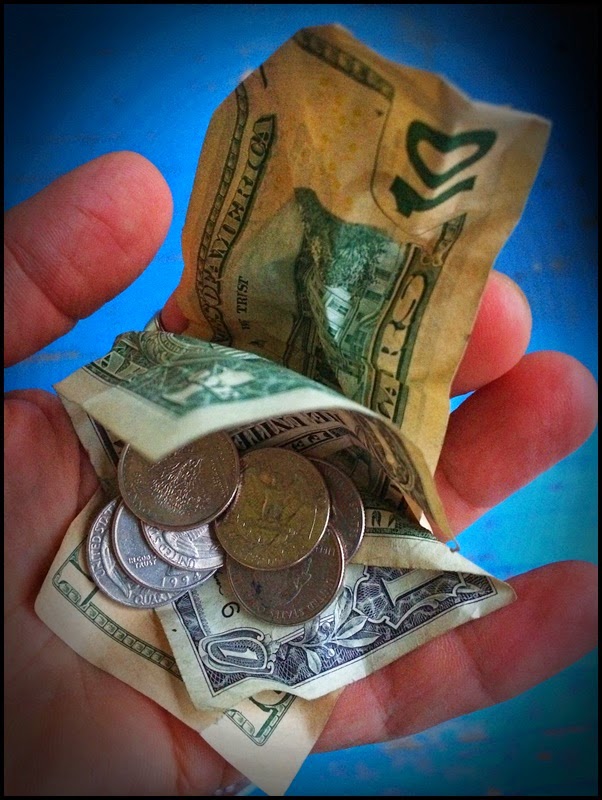 These are true events and conversations I've had a couple of days ago and cannot stop thinking about them.

The first, I was out at night taking photos as I often do, and I saw a women asking for money on the street. I've seen her before--and have in fact given her money in the past--as she is often in the same area. I had my tripod set up on the edge of the street and was taking photos when a group of young men passed her...party goers, no doubt as there are a lot of bars in the area. She asked them if they could spare any money. Their response was nearly explosive..."Blow me, then I'll give you money." There were other comments and she just stood there. Then another said, "Get a F%&king job you loser." She simply replied, "I have a job and this isn't it." A few minutes later she came over to me and asked the same question. I didn't have any cash on me, I told her, and I also told her I was sorry the way those guys treated her. "Thank you," she said, "but it's ok, I'm used to it."

That was on a Saturday night, the next morning I had stopped for coffee just after worshiping at church. On my way out of the coffee shop and as I was unlocking my bike a guy came up to me and asked me for some cash. He looked to be just a few years younger than I. And as I reached for my wallet I asked him how he happened to find himself in these circumstances; I wanted to know his story. He looked a little surprised that someone would even ask. Then he told me that most people assume that he is homeless, but he's not. And that he is also jobless, but he's not. He went on to tell me that he works full time but only makes minimum wage (which is $8/hr) and it's not enough to pay the bills, that he has to supplement his income on his "day off" by begging on the street. He finds it really embarrassing, but it's what he is forced to do.Tears welled in both of our eyes as he spoke.

When I started this post I was going to hop up on my little soapbox and go on a tirade on how screwed up things are that people in our country that work still have to beg on the streets. But I don't have to. These two stories speak for themselves. Sorry to be such a bummer.

steve said…
No, you're not being a 'bummer' the plight of the underemployed is perhaps, next to outsourcing, the most under reported issue relating to jobs in this country. The fact is 'the minimum' just doesn't make it, and, contrary to a lot of GOP 'factoids' the majority of minimum wage earners are not zit faced high schoolers, but 'real adults', most working two or three jobs. Thank you for pointing this out, as the media is too busy telling us about Kayne West and those Kardashian idiots!
June 26, 2014 at 1:34 PM