Notes to My Younger Self; Eleven Things I'd like to say. 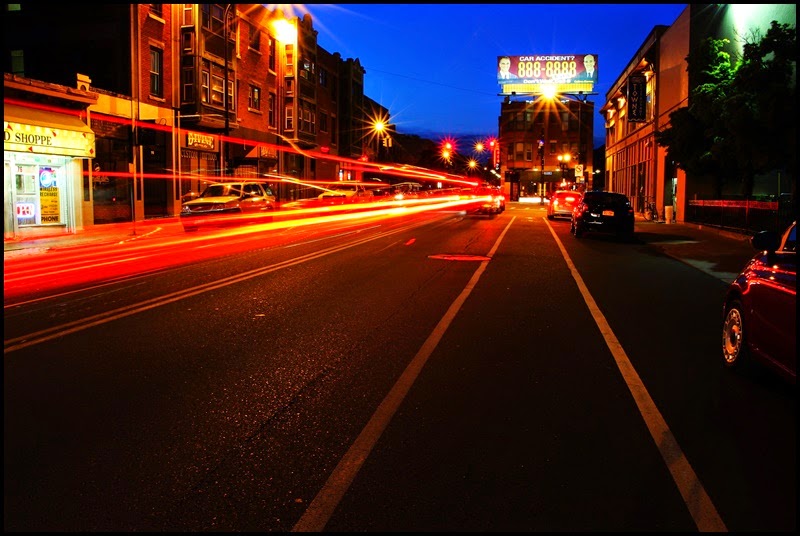 “Ah, but I was so much older then, I'm younger than that now.”
–Bob Dylan

Time goes so very fast doesn't it? I remember hearing this when I was younger and not really paying it much attention, but the older I get the more true this seems to be.

I am a creature of habit, I always have been. And while I have moved away from Buffalo, NY—the city of my birth—a few times, and have done a bit of traveling, I have always called it home. I live in the eclectic and somewhat bohemian neighborhood known as Allentown—a village within the city—and I know its streets like the back of my hand. Some of the businesses I have patronized for decades. And this is what I was thinking while I was out for a couple beers the other night at one of my favorite watering holes.

As I leaned against the bar, which is so old that it in itself is leaning, I thought about the three decades that I've come here. In my younger years I would visit late-night for serious partying, but these days it's mostly just a beer or two in the early evening. And I'm not sure what made me think of this one night in particular, but I did. I was likely about 22 or 23 at the time and had driven here from the suburbs by myself. I was still living in my parent's house, though they had both passed away by this time. Anyhow, I'm not sure why I remember this night—as nothing out of the ordinary happened—but it came to mind. I can even remember what I was wearing...parachute pants (remember them?) tucked into combat boots (keep in mind this would have been the early eighties and I was heavily influenced by The Clash...watch this video). And on this night I was leaning against the bar just a few feet from where I now stood, albeit 30 years later.

In those days the thought of being 52 years old would have been inconceivable...an old man. At the time I thought I was so grown up—I've often felt older than my years—but in retrospect I was just an uncertain young man. I was rebellious, crazy, and wild, but I also carried the weight of the world on my shoulders; and I had so much unresolved grief. But no one probably knew this because even then—just as now—I had the ability to put on a different facade, the face I believe people want to see. And now—so many years later—I had the fantasy of going back and offering my younger self some useful advice.

I imagined standing next to my younger self and having a beer and gently telling myself things that would help me along the way. After all, who would know better than me? Many people write themselves notes (I know that I do)..a sort of “note to self” so they don't forget something. Well this is a sort of note to self in the retrospective sense...truly trying to remember who I was meant to be as I walk this planet.

It is said that with age comes wisdom. While this may be true, I at times still feel like that uncertain and confused young man. But being more than twice as old as I was then, and knowing myself better now than I did then, I feel I would have some good advice to offer my younger self. And these are some of the things I would say (in no particular order).

1. Don't worry. For the most part everything works itself out. If you have your health that is enough. You may have heard this a thousand times but it's truer than true.

2. Cherish relationships. Family, friends, acquaintances, all of them. Over the years people drift apart or in and out of your life. People get sick and die. Cherish them all because you never know when the next time you'll see each other.

3. Spend your time wisely. When you are younger there is so much time for everything. But as you get older you will realize that time is your most valuable commodity. Spend it wisely.

4. Be kind to people (everyone) and don't hold grudges. The only one you will be hurting is yourself.

6. Relax. Yup, it's that simple. I know that you are a driven person, and a creative person, but allow yourself to relax now and again. Just...do nothing.

7. Don't suppress your creativity. You are an extremely creative person (we all are) and as a child it is expressed so freely, but as we get older this is sometimes stifled (and in so many ways). Creativity is what makes our souls jump within these bodies that we currently occupy. So just do it. Create. Write, draw, paint, play music...whatever makes your heart sing.

8. Live in the present moment (and enjoy the journey). I don't mean to keep harping on this but it is true, life can be so fleeting so just enjoy every minute of it. This, I truly believe is why we as eternal souls have incarnated into these human forms...to experience life. All of it; the good and the bad. It's not about the destination but the journey itself. Enjoy it. Every minute of it. Never lose your sense of wonder. Embrace it.

9. Don't try to be someone you are not; be yourself always. Throughout life people will try to fit you into certain roles and identities, and you yourself will try to make yourself fit into roles and identities that you are not meant for, but don't do it. Be yourself. Always. It may be difficult sometimes—really difficult—but just be yourself. To everyone and all the time. Years from now you will be happier for it. Be your authentic self.

10. Embrace the fact that you are an introvert. It will take you many years to accept this, and many more thereafter to realize you are an INFJ (sometimes INFP)...one of the quirkiest and most obscure personalities to visit this planet. But the sooner the better. Don't just accept this, embrace it. Once you figure this out things will fall into place much easier. You'll be a better person all around.

11. Be grateful for everything. Seriously. Even when it seems impossible or undeserving. Just be grateful. Everything is a gift.

So of course I could go on for pages having this imaginary conversation with my younger self. Offering the younger me advice on how to navigate the years ahead. But as I was typing I couldn’t help but think...if I am writing and conversing with my younger self 30 years prior, what I wonder will I want to tell my current 52 year old self when (hopefully) I am 82, thirty years from now. But then it came to me that maybe I'm already doing it...that much of what I have to say to my younger self is just as pertinent now as it was then. Now I just have to heed my own advice.

Anonymous said…
Maybe you should tell your younger self to get rid of the parachute pants....have you seen what Adam Ant looks like these days?????
July 8, 2014 at 2:58 PM