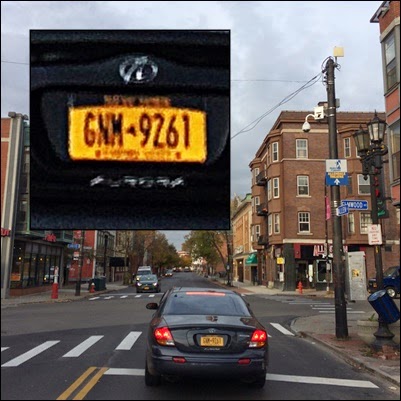 So firstly I have to say that generally--not always but most of the time--I choose to post about positive things in life on this blog rather than focusing on the negative. But every so often I slip a little when something overtly effects me. I also want to add that I can truly understand why some car drivers dislike bicyclists because of their behavior. Ahh...but I'm jumping ahead again as I often do. I'll start over. There I was riding to work about 8:30am on my usual route and really enjoying being on a bike on such a warm and nice fall day. Then I notice a car coming towards me from the opposite direction...he was swerving from his lane into mine, not coming directly at me but almost...it was enough to make me feel unsafe and pull over to the side of the road. Then as he passed he yells out the window, "Get off the street!" I was surprised for so many reasons. Mainly because I did nothing to provoke this, but also that he was driving his car down a narrow city street with newly painted sharrows. I've posted in the past about abusive drivers yelling things out car windows but not in a while. And as I stood there at the side of the road all I could think was...really? Anyhow, he had to stop as the light turned red so I turned around and snapped this photo of his car and license plate with my cellphone. Being fully aware of my traffic legalities on a bike in NY State this seemed somewhat appropriate. Maybe not, but I am doing it anyhow. Sorry for the rant--I'll get off my little soapbox now--but sometimes things need to be said.

Kim said…
All I can say is some people are idiots. So glad you're safe.