Lebanese Chicken-and-Rice (variation on a theme) 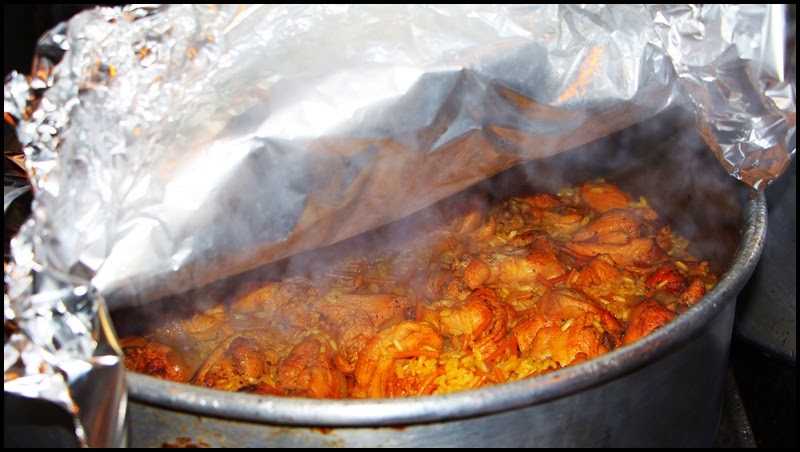 Okay. So I've posted this recipe--or variations of it--a bunch of time prior on this blog, but I enjoy it so much--and am convinced that you will, too--that I had to post it again. And, yes...this is yet another variation. I made this for staff lunch yesterday and what I did slightly differently is that I added a pinch of saffron to give the rice and chicken a beautiful yellow hue, and I also used a couple tablespoons of baharat, or 7-spice mix instead of those listed in the recipe below (the spices in the recipe are very similar to the seven spice mix, but I had some baharat on hand at work). I also used brown rice (both versions are listed in the recipe below) and organic chicken breast with the wing bone still intact. Anyhow, try this recipe...you won't be sorry. It'll make your house smell delicious as it cooks, and you might want to make a double batch because leftovers are just as good. For more Lebanese-inspired recipes, click here. 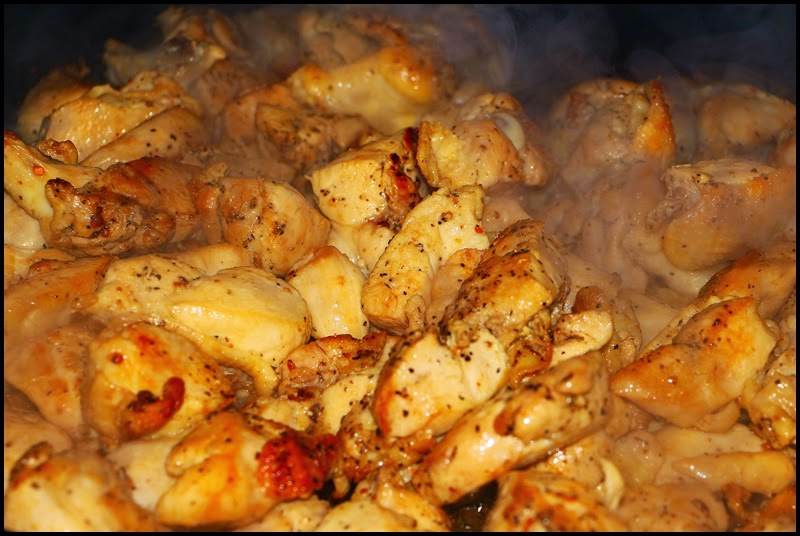 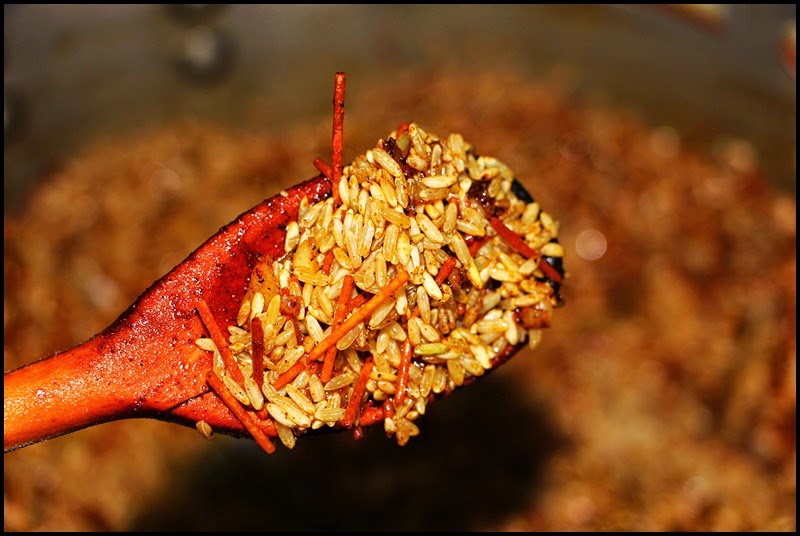 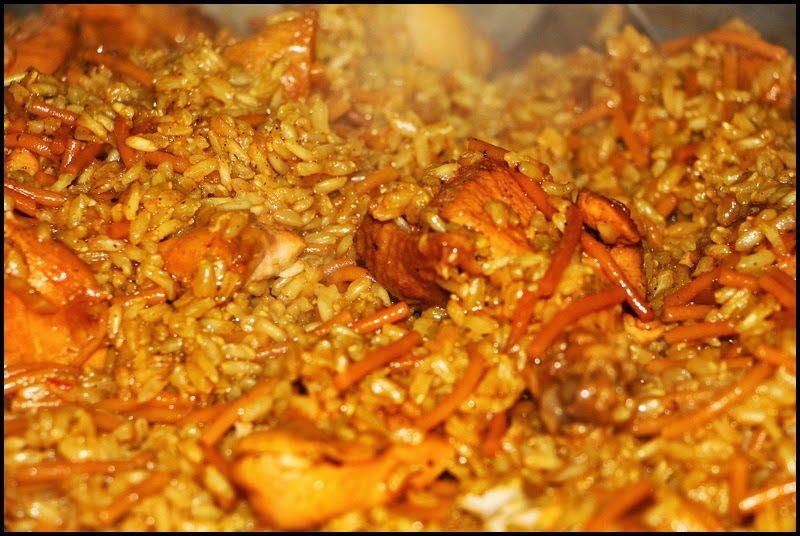