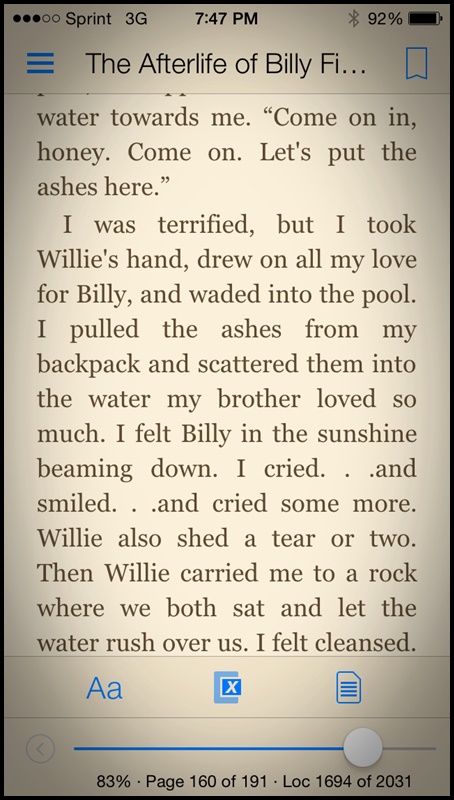 Let me first preface this post with three things...one is that I have only owned a cell phome for just a few years and have gone from never using one to using it all the time. Also, as of two weeks ago I have dedicated Sundays as an "electronic-fast" day. And thirdly, though it is called a phone, making phone calls is the least activity/action that I use it for.

This said, I'll say something I really like about owning a cellphone...mainly reading. Being the introvert that I am I like to read in short spurts to pass the time, even when out for a beer or glass of wine. Yes, it's true...I read in bars. And I always have. Previously I would carry a small pocket-sized book with me, but as I've gotten older--and my eyesight has begun to lessen--I have found it increasingly difficult to read in a dimly lit bar. But with the back-light of a phone this is not a problem. And I don't stand out as a nerd with a book as much as just another person dumbly staring at their phone. I'm jus' sayin'....

"To cultivate joy, pay attention to what you like."
~The Afterlife of Billy Fingers