People in tents on ice, a feral black cat hunting, a herd of city deer, and a few other things I saw while riding my bike yesterday...with a brief but pro-bicycle commentary. 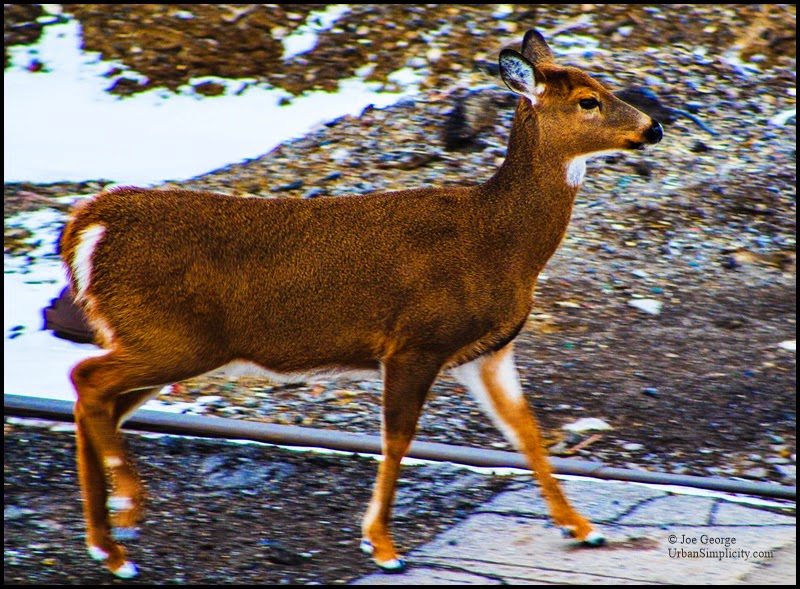 So first a couple things. One is that this post is a sort of continuation of this previous post where I went to Buffalo's Outer Harbor in search of the elusive snowy owl (I didn't see one either day). In the previous post I used a car to get there--which was great because it was dangerously cold and windy--but yesterday I rode my bike the six miles each way as the wind was less and the temperatures were higher (but it was still damn cold). I started to think that maybe I was a little crazy (people are always telling me this--either with words or looks--because I choose to ride a bike year round) but then I saw all those people in tents on ice--entire families--and realized I might be the sane one. Anyhow, and I've said this before, but I see so much more on a bike. When I took the car I basically saw the waterfront (the destination), but on my bike I witnessed--was part of--the entire trip there and back...and the area this is in, which is currently being developed, still has a sort of wild/industrial/feral/post-apocalyptic feel to it; many of the photos were taken along the railroad tracks that run along Ohio Street. A good example of this (seeing more on a bike) are the deer images...these are three of about a dozen photos of them. I had just crested a bridge and thought to myself, "I hope I see a deer or two," as I've seen them in this area before. If I were not on a bike I would have never seen them, but I was close to the side of the bridge and sure enough I glanced over and there was an entire herd of them walking along the tracks. I stopped my bike and watched as they gracefully meandered under the bridge. When they came out the other side I got off my bike and walked to the end of a train that was parked there and watched them. They were so graceful and beautiful to watch; I must have watched them forage for food for about 15 minutes...how could I ever eat them, I wondered? Cars zipped past, their occupants unaware of this beauty right next to them. Then after a bit, and after I took a few photos, I tried to get closer and they ran away. On my way home I stopped at one of Buffalo's newest hipster bars, Ballyhoo, which is on the far edge of downtown, mainly to warm my hands as I had my gloves off to take photos, and had a couple beers. By the time I left it was almost dark and it started to snow a little; the flakes and cold air felt good against my face the way that a winter evening does, and I stopped to take one last shot, this time of Chippewa Street, which is only a mile from my house. When I got home my middle-aged body was tired from pedaling into the wind (both ways it seems) while wearing heavy clothes. And even though I didn't see a snowy owl I saw a lot more. I feel like I should carry photos with me so that the next time a person asks why I ride a bike year round (or they give me "that look") I can show them the photos and say, here is why...this is why I ride a bike. 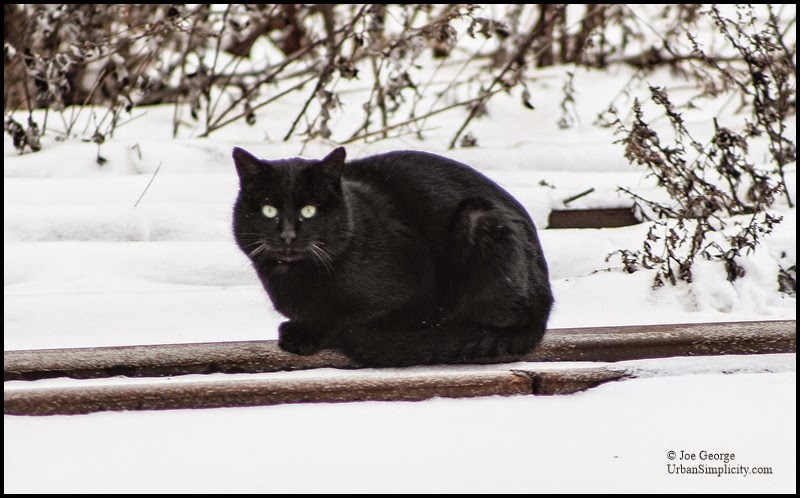 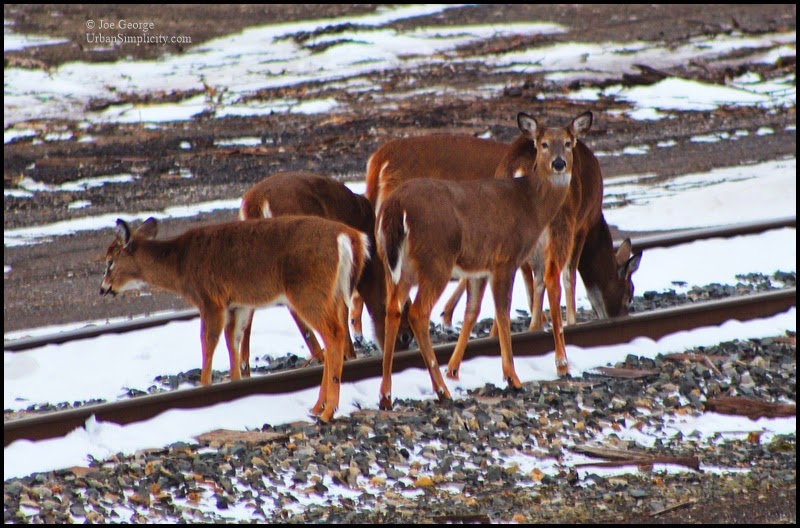 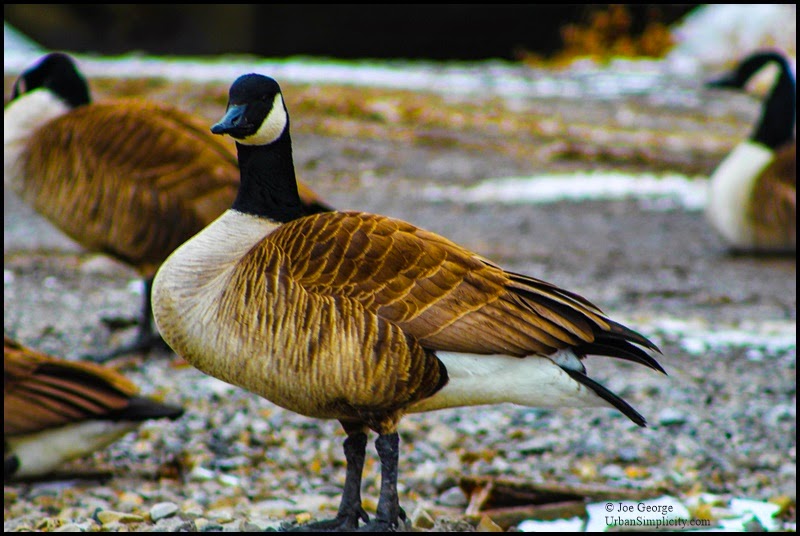 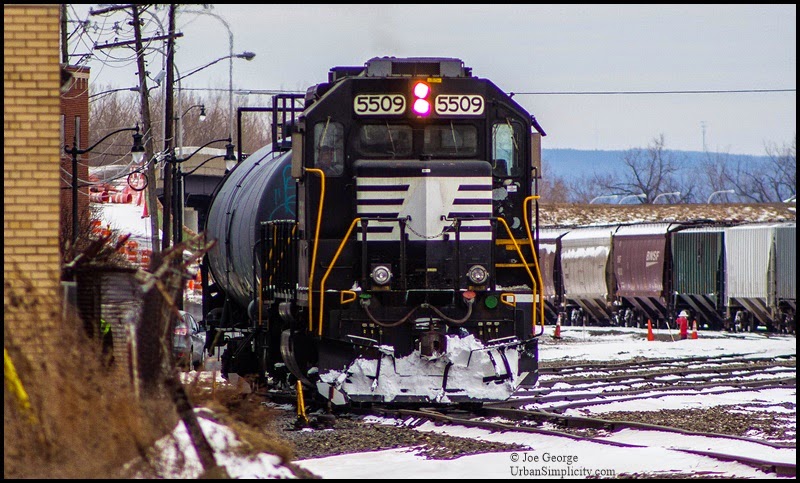 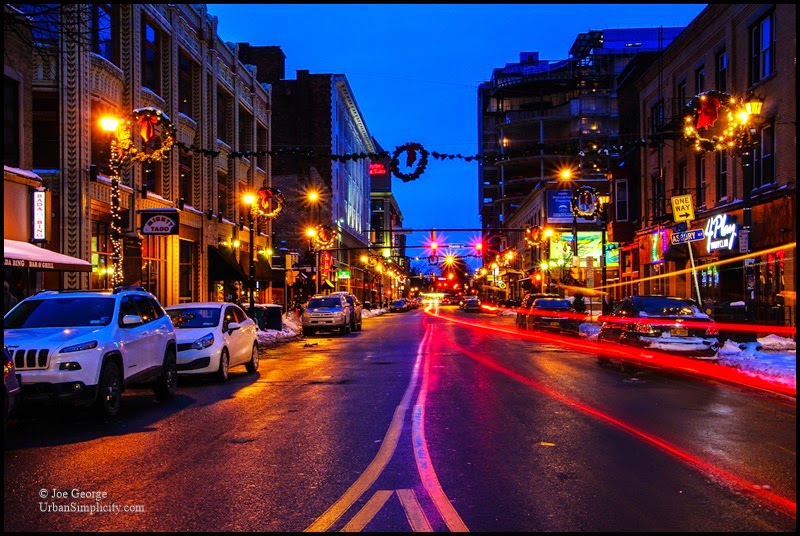 lagatta à montréal said…
Such lovely photos. Love the beasties - I feel a special kinship with black cats. My favourite pet as a child was a black tomcat named Theodore who was killed by a car. My current black cat (like Theodore, half-Siamese) Renzo, is almost 19.

Here is an interesting article about Buffalo's radial plan and other factors in its "bones":