How to roast a pepper... 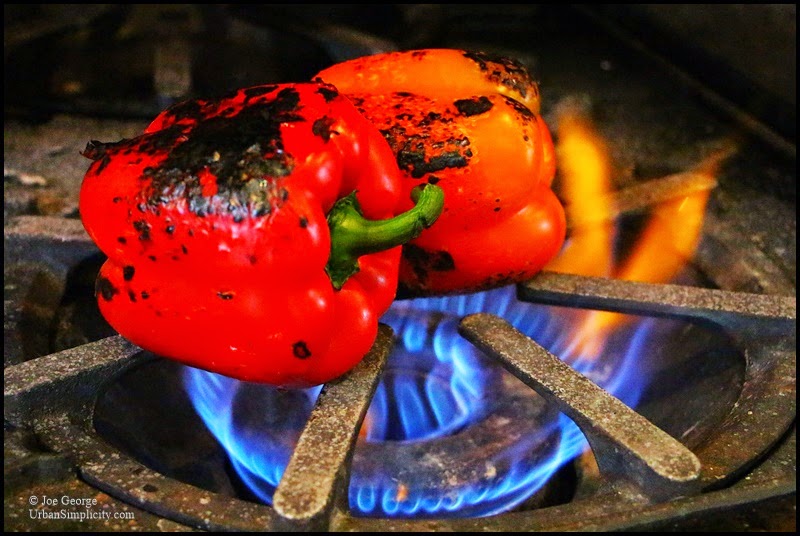 So it's February and one of the coldest nights of the year and I am thinking about peppers. Maybe I am thinking about summer...this is what I start to do this time of year. Roasted peppers are readily available in cans and jars but they are about as simple as things can be to prepare yourself and the flavor that it adds to a dish is worth the few minutes it takes. This is an ancient technique of cooking vegetables where the peppers are not actually roast in the oven but are “roast” over an open flame. The skin becomes charred black as night. With a little steam the skin just about falls off the pepper leaving only the tender cooked flesh with a light smoky flavor. This can be done outside over a grill or directly over the open flame of the burner on your stove.

The first time that I had seen this done was while I was at culinary school in the mid 1980’s. The chef-instructor had a thick German accent and when he told me to put the pepper over the flame of the burner I thought I had heard him wrong and instinctively reached for a skillet. After telling me again he became frustrated and grabbed the pepper from my hands and put it--almost throwing it--onto the bare flame. At the time I thought he was nuts, but when I tasted the resulting product I knew that he wasn’t. Okay, maybe he was a bit crazy. Anyhow, to roast a pepper do this:

Remove stickers from the pepper. Place the pepper directly on the grate of your gas stove with the flame adjusted to medium (as pictured above). Using a set of tongs turn the pepper every couple of minutes until the entire outside is completely black.

Place the blackened pepper(s) into a small paper bag and seal it closed. Allow the pepper to rest for a couple of minutes. The steam that naturally occurs loosens the skin. 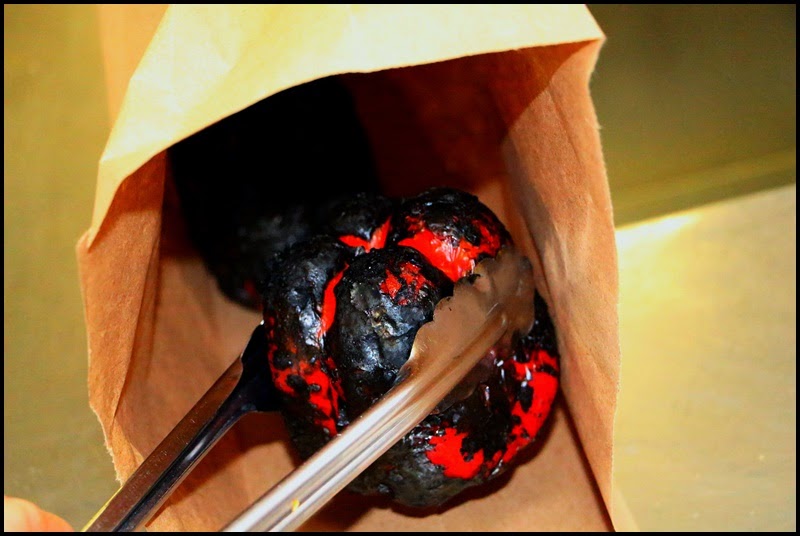 Remove the pepper, and while holding it under cold running water gently rub of the blackened skin (it’s wise, but not essential, to do this over a small colander to catch the skin, which may clog the drain). 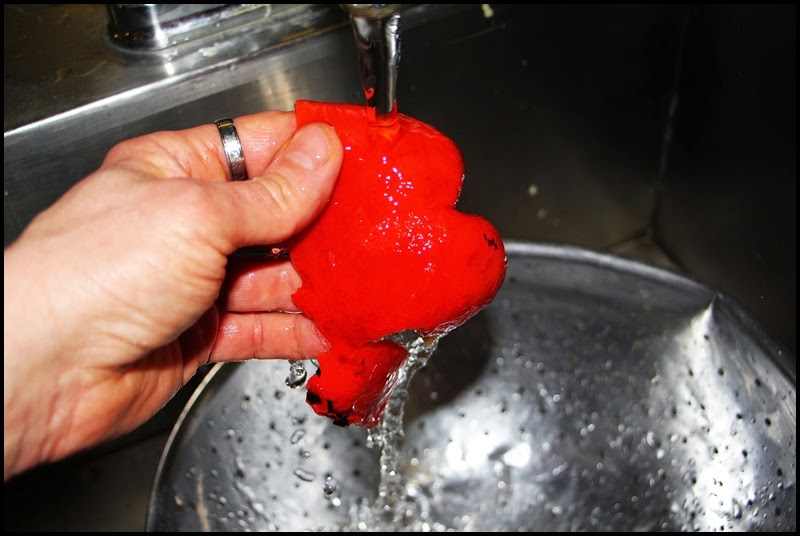 After the skin is removed gently tear the pepper in two and remove the stem and rinse the seeds. The pepper is now suitable for eating straight away, marinating, or to be used in any recipe that calls for such. 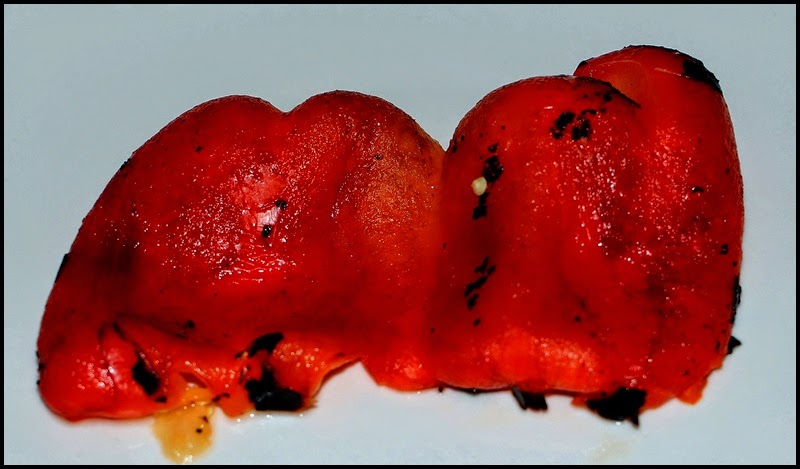