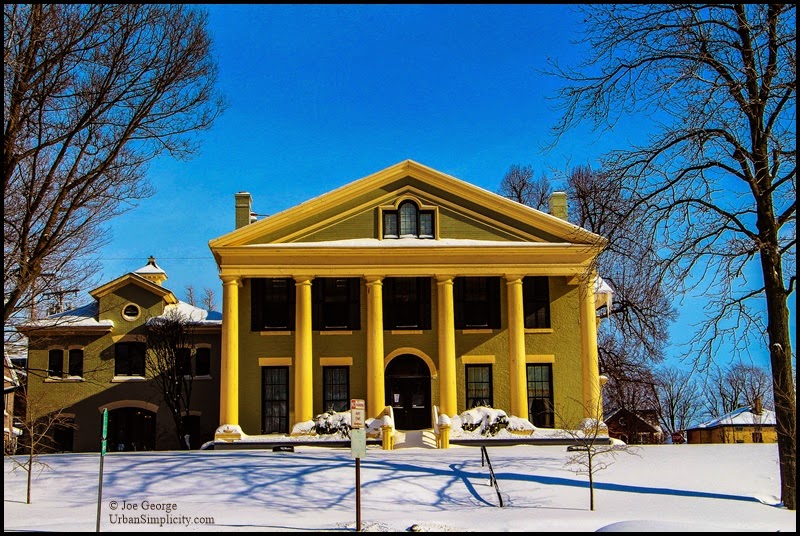 The above photo is of the Theodore Roosevelt Inaugural Site, which is where Teddy Roosevelt was sworn in as the 26th president of the United States after the assassination of William McKinley in 1901. The building was originally built in 1839 as a a sort of army barracks outpost to ward of those crazy Anglo-Canadians (wink wink). But that's not what this post is about. This is about what happened--or didn't happen--in 1885, which actually has something to do with today. If you notice the photo above is on an ever so slight slant, that is because my fingers were in pain from the cold as I held the camera. Today nearly set a record. In February of 1885 Mark Twain (former Buffalonian) published the Adventures of Huckleberry Finn, the Washington Monument was dedicated, and Grover Cleveland (former mayor of Buffalo) was inaugurated as the first democratic president since the Civil War.  But also, in the 145 years since the weather has been recorded there was only one day that was colder than today, and that was February 11, 1885 when the temperatures did not reach above -4F. Today it made it to -3F. That doesn't even make sense to me when I use it in a sentence..."today's high was minus 3"...I understand the words but how they are arranged seems confusing. The house I live in was built around 1860, and with my steam boiler churning away and logs roaring in the wood-burner it is nice and toasty, but I can only imagine how they kept warm 130 years ago. And with the roller-coaster weather we consistently have these days, if you happen to be a climate change denier please un-follow me and this blog because there is no longer anything to deny. Anyhow, below are a few more photos I took this evening. I was actually warm on the bike (which is pictured in the bottom photo), but when I took off my mitts for just a minute to control the camera my fingers began to sting; it hurt to breath sometimes so I kept a scarf around my face which froze with my body's own condensation; when I blinked my eyelashes would stick together from watering/freezing. Tonight's low is supposed to be -14 and I have a two mile ride at 8am, so please send positive energy my way. Click any photo for a larger view. 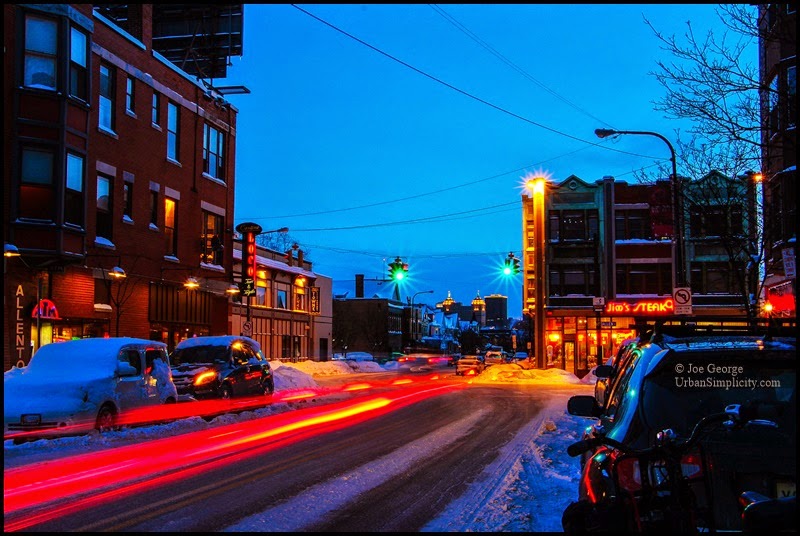 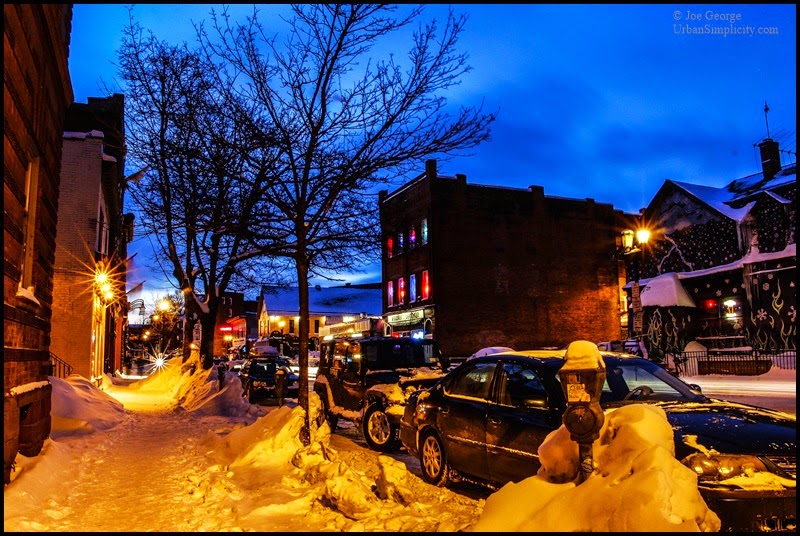 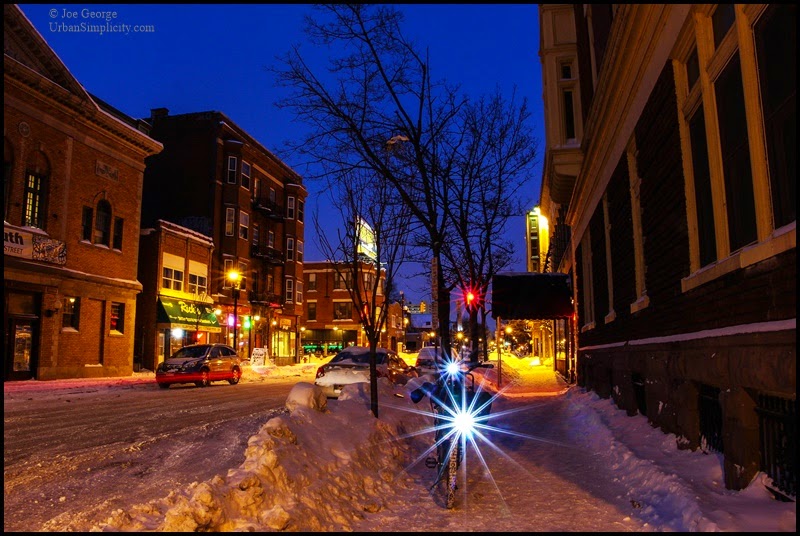