Our Lady of the Blessed Cupcake... 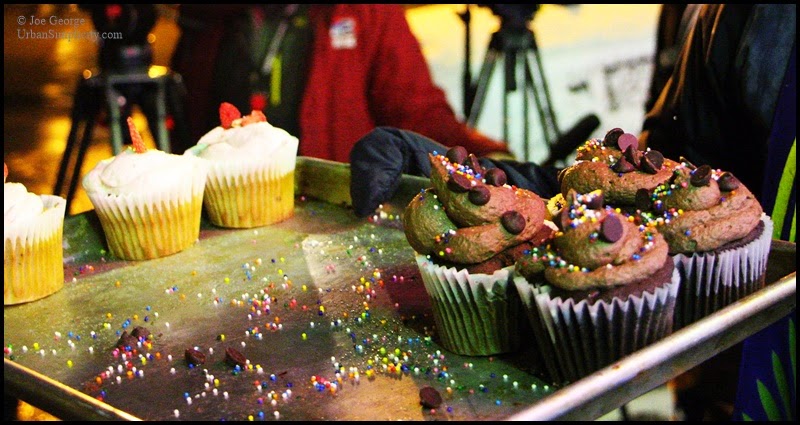 It's Easter Sunday and I didn't go to church today, but I did last night. I along with a small group of people stood in the snow and passed out cupcakes in front of gay bars. But I'm jumping ahead, which I sometimes do; I'll begin again.

I first heard of this event when it was posted on Facebook a few days ago; it was called the Christian Cupcake Mob (and was picked up by local and national media). It was spearheaded by Rev. Drew Ludwig, Pastor at Lafayette Presbyterian Church, and backed by Rev. Kirk Laubenstein, Executive Director at Coalition for Economic Justice. It was their natural response as Christians to do something when they heard about the “religious freedom act” in Indiana which makes it legal for businesses to refuse a person solely on their sexual orientation. And I believe it began when a bakery refused to sell a gay couple a wedding cake, that it was somehow “un-Christian.” So last night—in a show of solidarity to our LGBT brothers and sisters—we stood in the pouring snow and handed out cake. No preaching. No attempted conversions. No strings attached. Just humans offering free cake to other humans (and laughs and conversation as well).

The event was filled with love and laughter (we had to have a sense of humor given the sudden incredible snow). This was a perfect example—whether certain people care to acknowledge it or not—that we are all children of the same divine source, and in fact connected to one another in some incomprehensible and unexplainable way. The lives of the LGBT community are just as sacred and equal as everyone else's. And for the literalist out there, Jesus never refused anyone; he was about welcoming, not turning away. Christianity is based on inconclusiveness (no matter how it may get highjacked at times).

And so last night this was our church. This is what I thought as I looked around at all the shivering but smiling faces. What could be more sacred than the joyful acknowledgment and worship of the equal divinity in each other. So that is what we did...stood in the snow and handed out cupcakes. We talked, laughed, and a few hugged. But I couldn't help think, as I watched the cupcakes being passed out, that in some casual way this in itself was some sort of Holy Communion. Instead of thin flavorless wafers that suck the spit out of your mouth, or even a loaf of bread, the Host on this night was a simple cupcake. If Jesus could ride into Jerusalem on a donkey (which was a political statement in itself), then his loving consciousness could be manifest through cake in front of a gay bar on a really snowy night. And the street was our altar.

"For where two or three have gathered together in my name, I am there in their midst."
Matthew 18:20 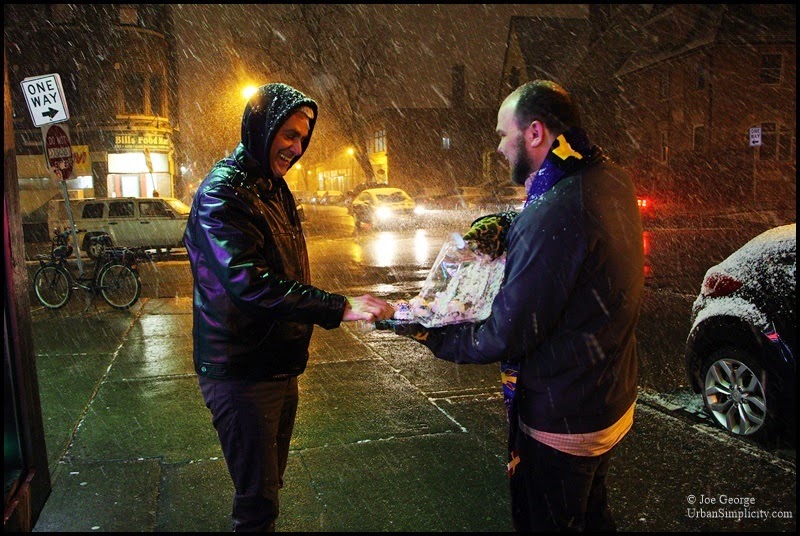 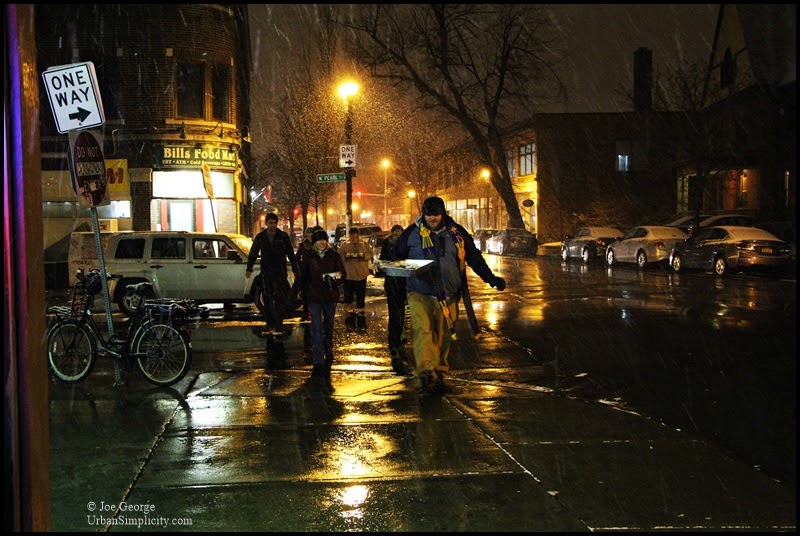 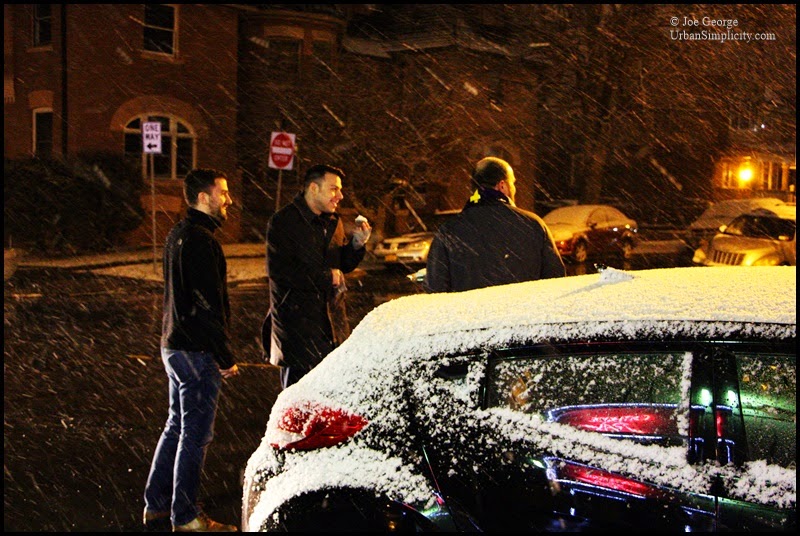 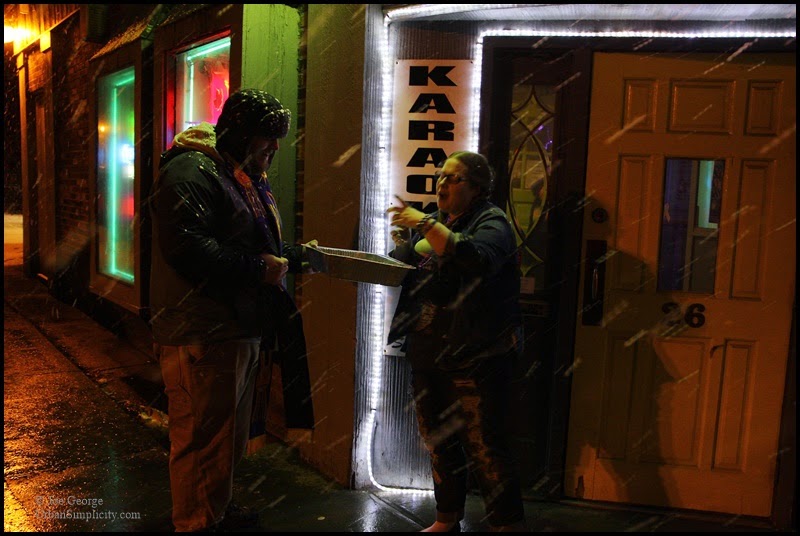 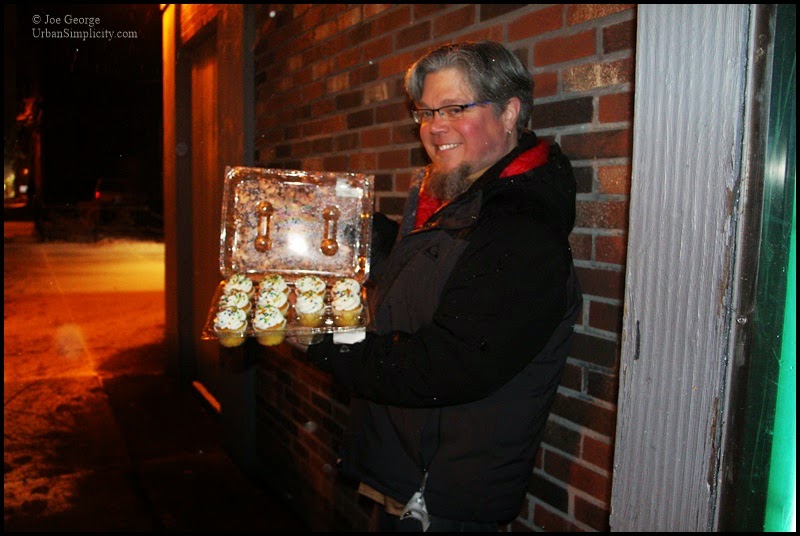 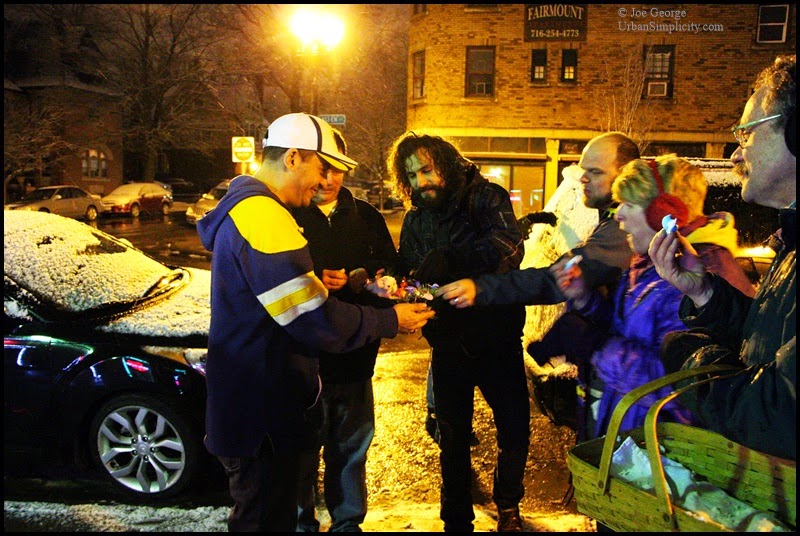 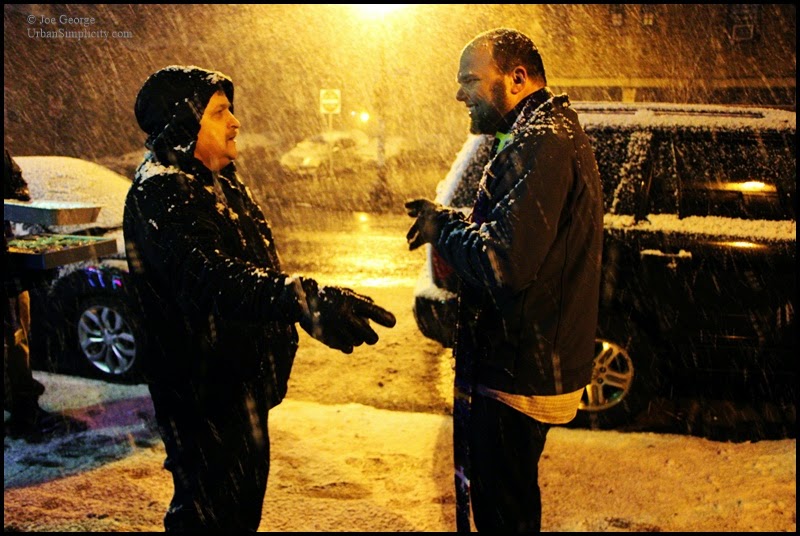 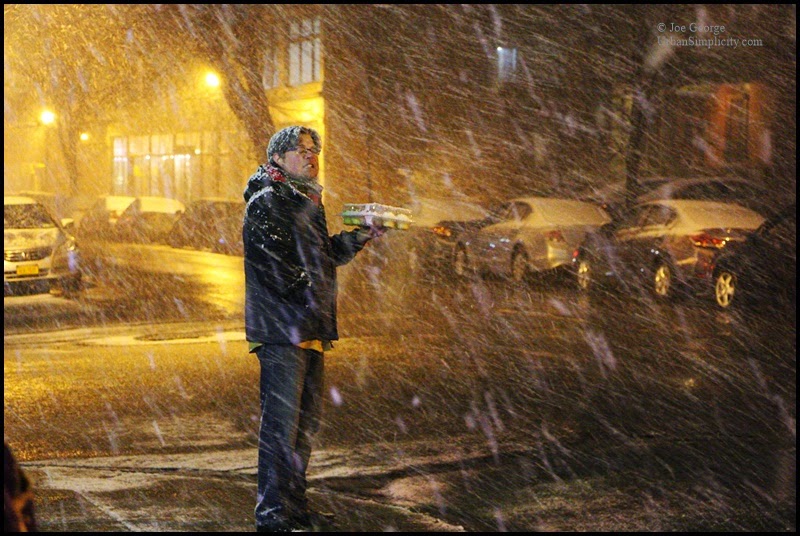 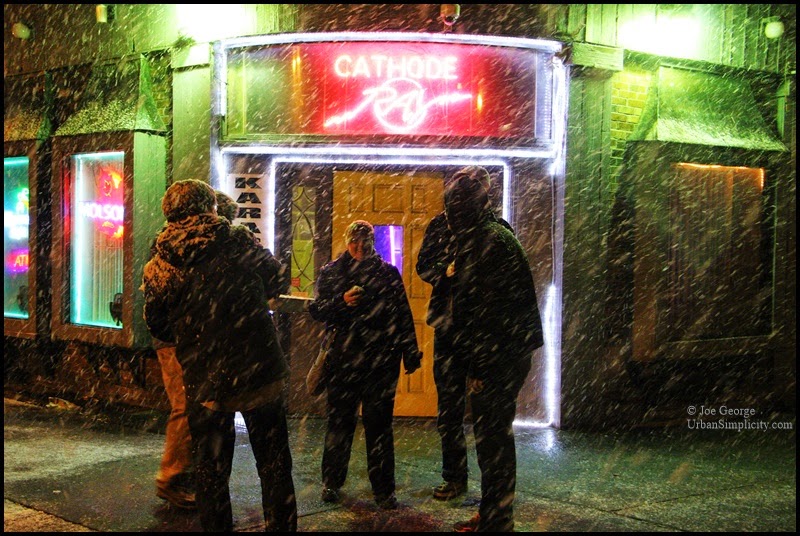 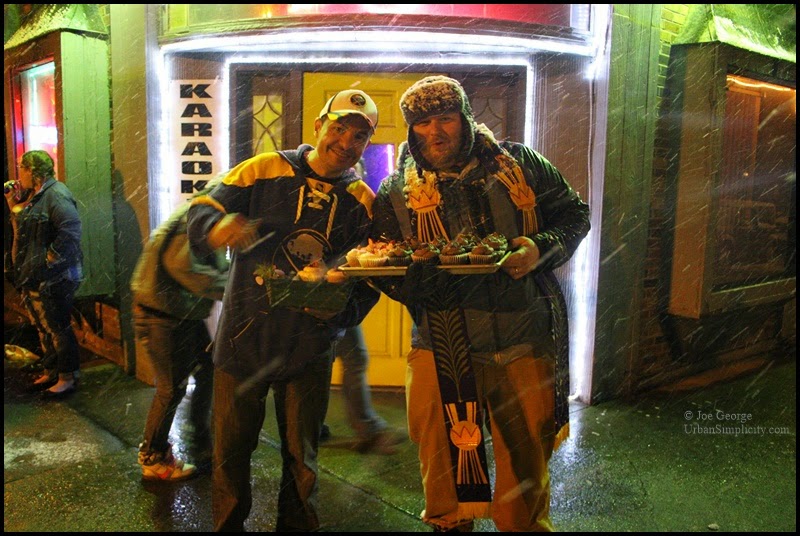 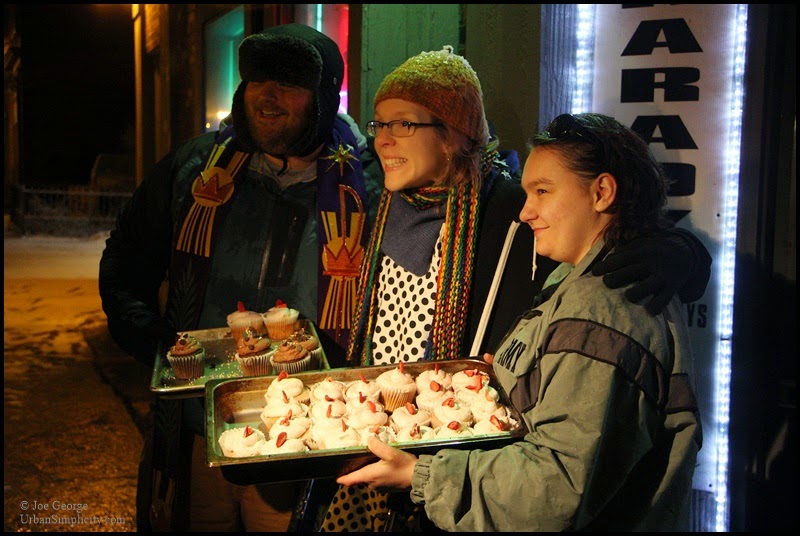