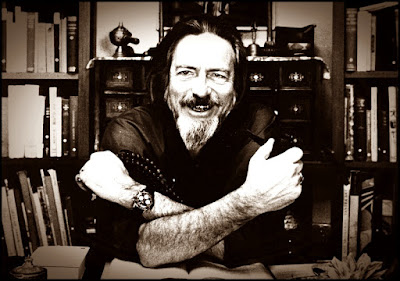 “The meaning of life is just to be alive. It is so plain and so obvious and so simple. And yet, everybody rushes around in a great panic as if it were necessary to achieve something beyond themselves.”

“Man suffers only because he takes seriously what the gods made for fun.”

“Muddy water is best cleared by leaving it alone.”

“This is the real secret of life -- to be completely engaged with what you are doing in the here and now. And instead of calling it work, realize it is play.”

“To have faith is to trust yourself to the water. When you swim you don't grab hold of the water, because if you do you will sink and drown. Instead you relax, and float.”

“You are an aperture through which the universe is looking at and exploring itself.”

“I have realized that the past and future are real illusions, that they exist in the present, which is what there is and all there is.”

“Things are as they are. Looking out into the universe at night, we make no comparisons between right and wrong stars, nor between well and badly arranged constellations.”

Mindvalley said…
This post is very good. There is motivation for others.
Alan Watts Quotes
April 11, 2018 at 1:37 AM