Tony and his really groovy bike... 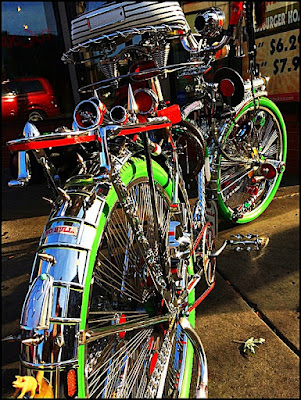 So this is Tony. And that's his really groovy bike. I was riding home today on a particularly hot and humid evening after a bustling day at work when I noticed him in front of me. He was riding somewhat slow and with headphones on, so I pulled up next to him and had to yell to get his attention. I asked if I could take his photo and he said yes. I started to pull over but he pointed to a sunny spot at the next corner. Tony is proud of his bike, as he should be. He built it from the ground up. I asked him if he minded if I took a few photos and he obliged, but with the caveat "don't forget the hog" (which is visible on his fender in the top photo, and in a closeup in the bottom photo). That is one cool bike, I told him. Thank you was all he said. And then we rode our separate ways. 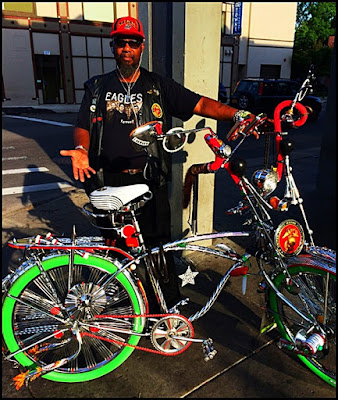 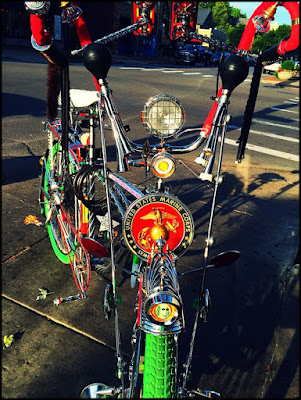 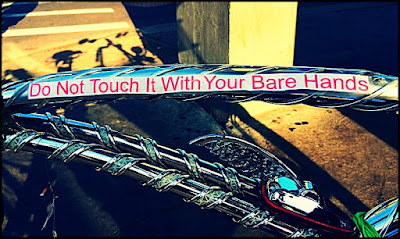 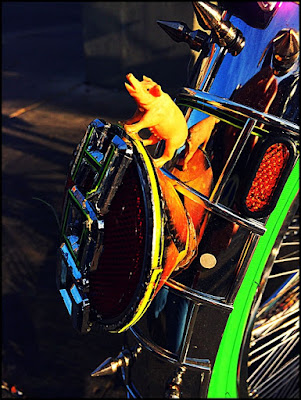