Aren't you embarrassed by that little thing? A few words and a few photos. 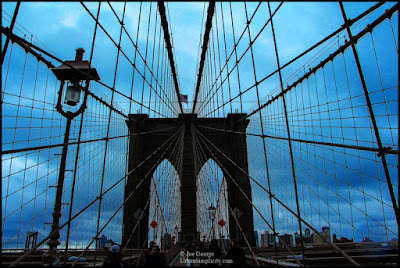 So a couple things. Firstly, I likely got your attention enough to click this link by the silly heading. But more on that in a minute.

I was in NYC the last few days. Just a short get away. I always love the energy of that beautiful city. I shot nearly 200 photos in three days, and it could have been many more if I didn't refrain myself.

Anyhow, in an effort to travel light, or at least lighter, I recently purchased a small travel tripod for my camera. It is nice; it's heavy duty but really easy to carry as I walked around all day. But the drawback is that it only extends to about 18 inches. So I tried to find something to set it on...a garbage can, mailbox, anything so long as it is steady. But if nothing was available I'd simply sit on the ground; this wasn't the first nor the last time I've done that. Anyhow, I was doing just that when taking the photo of McSorley's Ale House (below). After stopping in for a couple beers (they are always 2-for-one) I wanted a photo of the place but there was nothing to set my teeny tripod on. So I sat down on the curb. And as I was taking photos a women walked past. She stopped for a moment, looked as if she were going to keep walking, but then questioned, "Why are you sitting on the ground?" Motioning to the camera, I explained to her that I needed the camera steady for a night shot but my tripod was small and there was nothing to set it on directly opposite my subject. She sort of smirked a bit, and before continuing on her way, she replied, "But aren't you embarrassed by that little thing?" I laughed out loud, sitting on the curb. So did she as she walked away.

And then a bit later, after walking over the Washington Square Park, I thought I'd take a picture of the arch (bottom photo). I did find a few things to set the tripod on but I wanted a shot off to the side. So I went over to the edge of the common area and sat on the ground. And now I started to feel a bit self-conscious...maybe I shouldn't be sitting on the ground taking photos.

It was unseasonably warm, but because of the time of year it was dark even though it wasn't very late, and the park was relatively crowded. And when I looked to my left there was a man in black tights and cowboy boots doing sun salutations. All I could do was smile and go back to my photo-taking. This was, after all, Greenwich Village...magnet to every eccentric on the planet. It was ok to be taking photos while I sat on the ground, and my teeny tripod was just fine. Click any photo for a larger view. 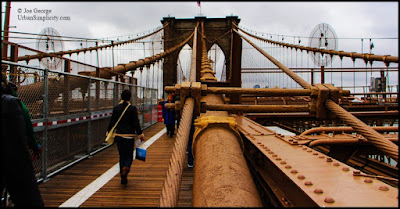 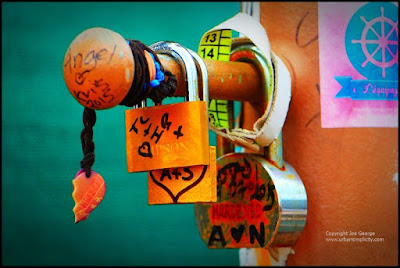 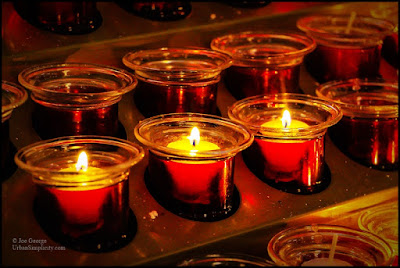 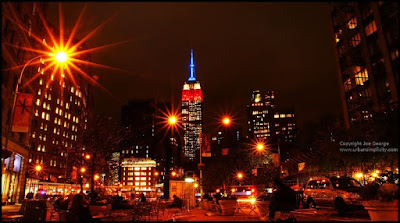 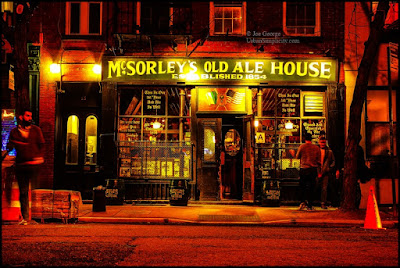 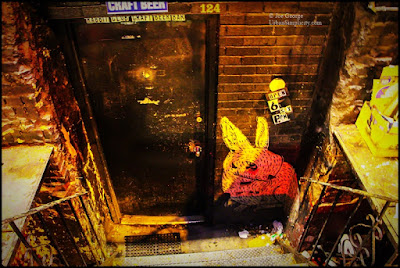 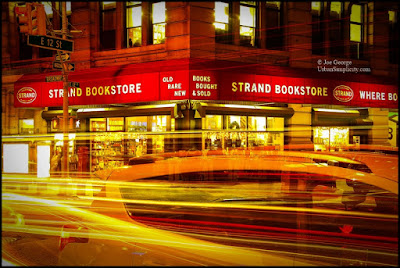 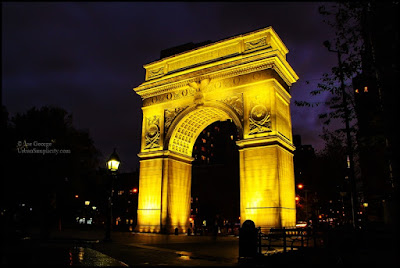