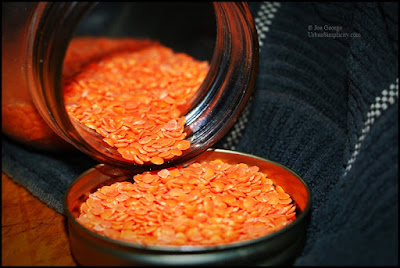 I've posted a recipe for this before (a few times no doubt) but each time is slightly different. This soup is so easy to make but at the same time bursting with flavor and super-nutritious. What's different about this version is I used a sort of slow-cooked sofrito to bring out the flavors of the vegetables and spices. And a sofrito is really as simple as that...cooking vegetables and spices very slowly until they caramelize, the liquid evaporates, and the result is an intense flavorful paste. Anyhow, here it is... 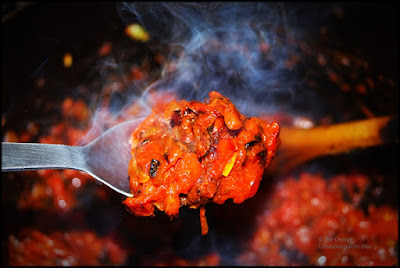 Heat the olive oil in a heavy-bottomed pot over medium heat. Add the onion and bell pepper; saute slowly until caramelized. Add the garlic, cumin, turmeric, hot pepper, and salt; cook another minute or two. Add the tomatoes, and cook them until the juice reduces and everything forms a sort of paste. 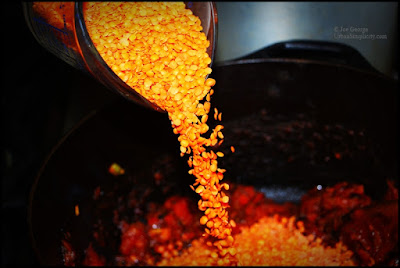 Add the lentils and broth; bring to a boil then lower it to a simmer. Cook the soup for about 30 minutes, then add the potatoes and simmer another 30 minutes or until the soup thickens and the lentils become very soft. Stir in the spinach and cook another 5 minutes. If it becomes too thick, add additional broth or a little water. Stir in the lemon juice and remove from the soup from the heat. 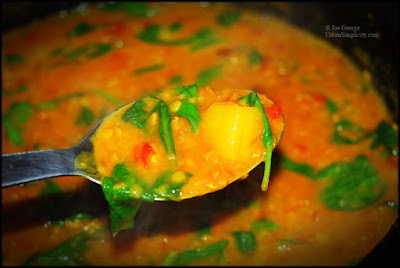