I went for a bike ride today, and then it snowed (and snowed and snowed). A few pictures and a few words.

So I knew it was going to snow this morning, I just didn't know how much or when it would happen. I had initially set out on the Yuba Mundo because it doesn't have snow tires on it. The roads were dry and the snow tires on the Boda Boda make it difficult to pedal. Actually, I didn't even intend on going for a long(ish) ride; I was simply going to a coffee shop to read and write. But then after ordering my coffee and sitting at a table I realized I had forgotten my reading glasses. So I just sat there like a crazy person (click here if you are not sure of the quote which I am paraphrasing). Anyhow, I had my camera with me, so I thought I'd ride to the waterfront to take some photos. I hadn't been there in a few weeks and was somewhat alarmed that, on January 17th, there was no ice to be seen. By this time the lake is often frozen over. It was, other than being a bit cold, overcast, and windy, a rather nice morning. I snapped the below photo fist, and then rode over the the observation deck at the end of the harbor and looked through one of the windows to snap a photo of the city, and when I say "windows" I really mean "opening" because it is completely open to the elements (pictured above). The next photo (two below) shows the scene that I saw next as I turned and faced the lake...a veritable wall of whiteness moving across the lake. A lake effect snow squall. The image just below that is the Bird Island Pier, which snakes it's way out about a mile into the lake, and which I've walked many times in warmer weather (click here to see some good shots of that). The remaining shots are pretty random, just some things I saw on my ride home in the snow. The second from the bottom is actually one of the first I took today, a sort of selfie. I had just arrived at the waterfront and passed my reflection in what looks like a window that was blown out of a half-built restaurant because of the wind. Anyhow, the reason I include that photo is to show the difference a couple hours can make...it shows me with my Mundo and dry pavement beneath me. And then the bottom photo is one I took after I had arrived home from an evening errand...the Boda with at least a half-foot of snow on the ground. All-in-all it was a fun if not exhilarating day to be on a bike; I certainly got in my aerobic exercise for the day. Click any photo for a slightly larger view. 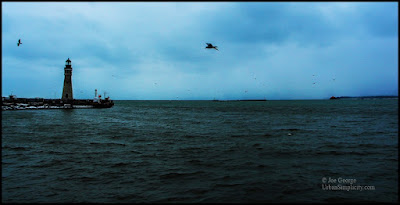 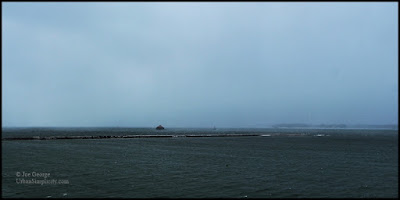 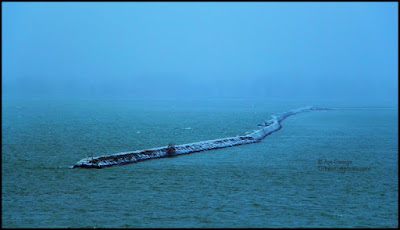 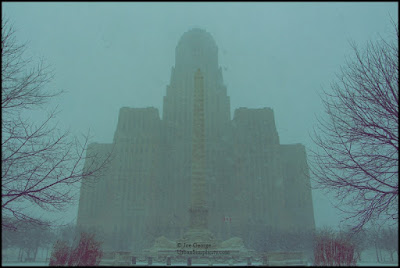 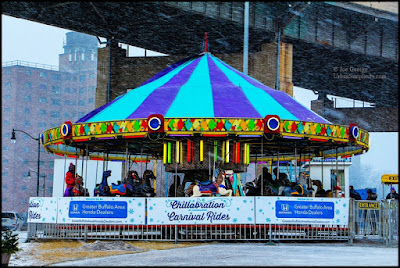 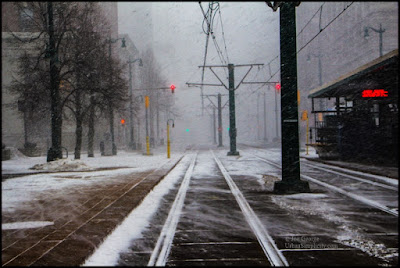 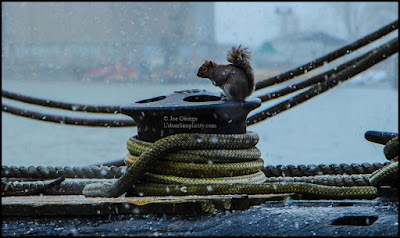 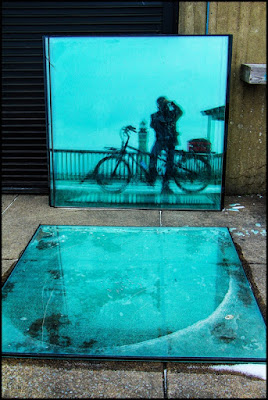 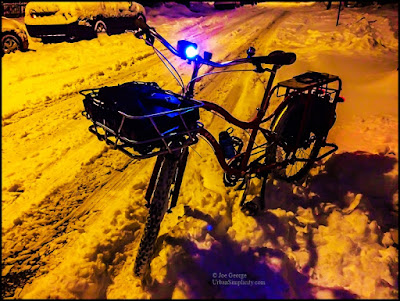