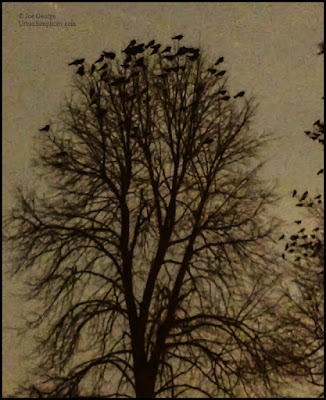 So here's the brief story behind these photos. I had worked both my jobs today and was riding home. The frigid air felt good. Then I stopped at a traffic light and both the sound and sight of this giant murder of crows caught my attention (yes, that is what a group of crows is called...a murder). There were hundreds maybe thousands in a group of trees just ahead. I approached the trees (taking care not to go directly under them as I was concerned about droppings). And I just stood there, straddling my bike, and watched them. I felt sorry for the people in their cars zipping by that they couldn't see this. But one of my first thoughts was...wow, this is really incredibly beautiful. Then I thought...geeze, I wish I had my camera. Anyhow, with low expectations I shot off a bunch of photos using my phone (all the while, as the crows stared back at me, knowing that they have facial recognition abilities...they can remember a face for years). When I arrived home and uploaded the photos they were exactly as I thought...poor quality in the traditional sense. But then the more I looked at them the more interesting they looked...almost like impressionist paintings, or even ancient photographs. Because of lack of light and low pixel quality of the phone, the images are mere impressions of what I saw, but in a really beautiful way. It was snowing as well, which is only faintly visible in a few, but most apparent in the bottom photo as I turned in the direction of a street lamp. The snow, I'm sure, also aided in the blurred effect.These were not put through a filter, they are as they are. And when I look at them now they offer me the same sense of peace as when I was was standing on the frigid pavement straddling my bike while the crows flew above me. And for this reason I wanted to share them. 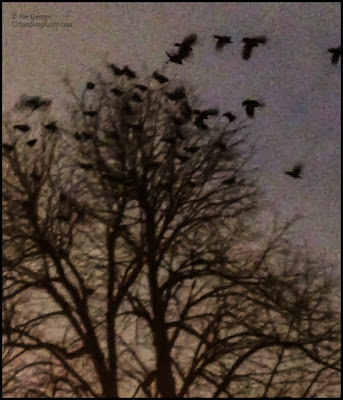 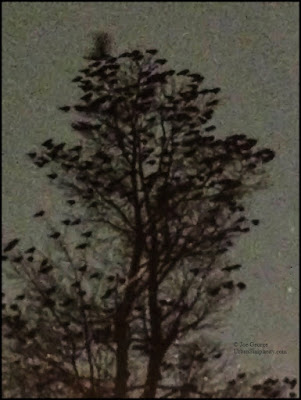 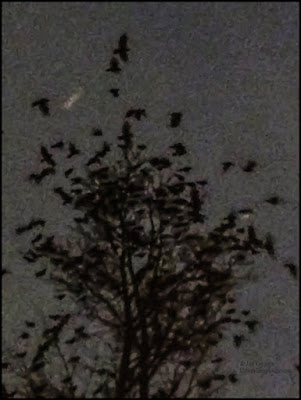 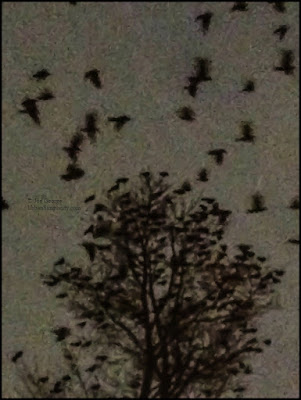 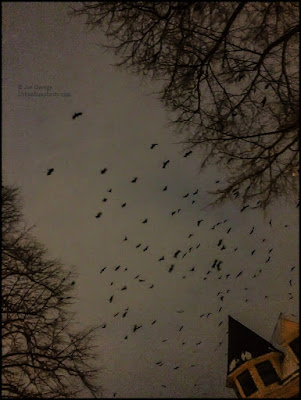 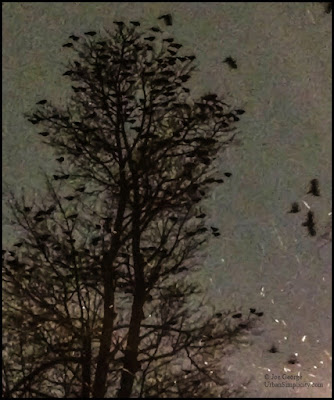