Five or fourteen quotes about bread... 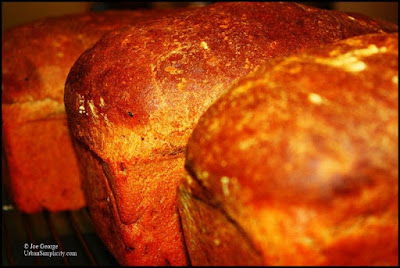 So first a couple things. One is that I was likely prompted to post these quotes because (a) I love bread--eating it and making it--and (b) I just came across the photo below which was taken in '08 or thereabouts. That was my first official cargo bike, when I graduated from carrying all sorts of things rather precariously on a "regular bike." I still had a car at the time but didn't use it very often and was testing the waters to see what it would be like to live without one (it's great, by the way). And also, why this photo is relevant to this post, is that it was just a year or so prior that I started this blog. And in the early stages of my blogging I was uncertain as what to name it. One of the names in the ring at the time was "The Biking Baker," because I baked a lot of bread and was gravitating towards going car-free. Ultimately I found the title too limiting, and later settled on the current name of Urban Simplicity. Because of a job change last year I don't have the opportunity to bake bread as often as I once did or as often as I'd like. But as I sit here in a coffee shop typing these words on a beautiful spring morning there is a wonderful and fragrant loaf fermenting and rising on my kitchen counter. That's likely the real reason I was prompted to post these quotes. With this said, if you'd like recipes for all sorts of bread (but mostly made with 100% whole wheat flour), click here. For more in the Five Quotes series, click here.

“No yoga exercise, no meditation in a chapel filled with music will rid you of your blues better than the humble task of making your own bread.”
~MFK Fisher

“Bread is an object of unparalleled worship and decorum. It embodies the full cycle of life and seasons, from the death of the wheat kernel in the earth to the resurrection as a stalk, from its ordeal in the mill to its journey through the oven and its offering at the table. Bread is a part of all major events in many lives, from birth, to betrothal and marriage, to death and resurrection.”
~Bernard Dupaigne

"God made yeast, as well as dough, and he loves fermentation just as dearly as he loves vegetation."
~Ralph Waldo Emerson

"I don't preach a social gospel; I preach the Gospel, period. The gospel of our Lord Jesus Christ is concerned for the whole person. When people were hungry, Jesus didn't say, "Now is that political or social?" He said, "I feed you." Because the good news to a hungry person is bread."
~Bishop Desmond Tutu

"Love doesn’t just sit there, like a stone; it has to be made, like bread, remade all the time, made new."
~Ursula K. LeGuin

"A crust eaten in peace is better than a banquet partaken in anxiety."
~Aesop

"There are people in the world so hungry that God cannot appear to them except in the form of bread."
~Mahatma Gandhi

"We have learned to see in bread an instrument of community between men—the flavour of bread shared has no equal."
~Antoine de Saint-Exupery

"There is a communion of more than our bodies when bread is broken and wine is drunk."
~M.F.K. Fisher

"Bread deals with living things, with giving life, with growth, with the seed, the grain that nurtures. It's not coincidence that we say bread is the staff of life."
~Lionel Poilâne

"Bread and water—these are the things nature requires. For such things no man is too poor, and whosoever can limit his desire to them alone can rival Jupiter for happiness."
~Seneca

"Good bread is the most fundamentally satisfying of all foods; and good bread with fresh butter, the greatest of feasts."
~James Beard

"Without bread all is misery."
~William Cobbett 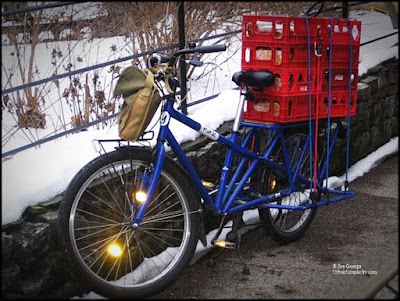