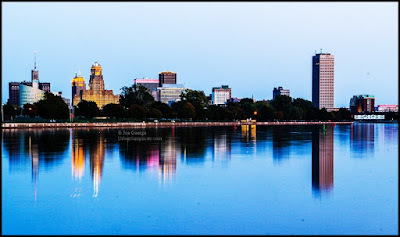 These photos were shot a couple weeks ago (click any for a larger view). It was on the eve of the October full moon (which was a super moon) so I rode my bike out the mile-long Bird Island Pier to get a good view of it as it crested the horizon. I find it so peaceful out there...right next to the city but on a path that juts out into the water; it feels, in a way, sort of feral. Anyhow, the photo above was taken when I first arrived, there was barley a breeze and the water was like a mirror. The one directly below is of a similar angle, albeit later in the evening. The one next in line is one of my favorites and it's one I've taken before...it's the very spot where the Great Lakes pour and tumble into and become the mighty Niagara River (for those not from the area and unfamiliar with local geography, Niagara Falls is twenty miles downstream). The next photo in line is, of course, the full moon just as it rose above the horizon. I was hoping that it rose over the city for a dramatic cityscape shot but it rose to the left, or north, of the city skyline. And lastly, the bottom photo is the Peace bridge, which of course traverses the river and connects not only Buffalo with Fort Erie but the U.S. with Canada. The next full moon--the November moon--is also a super moon and is supposed to be the closest the moon will be to earth since 1948. I'm hoping for clear skies... 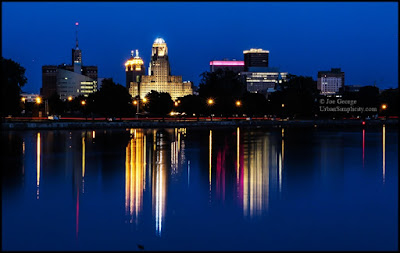 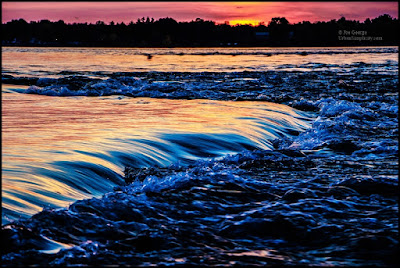 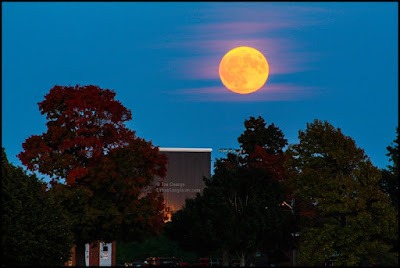 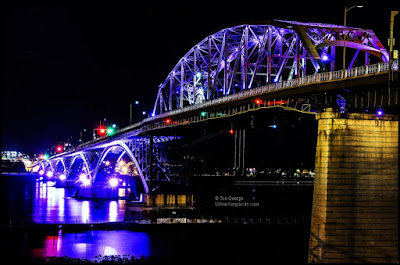