And then I stumbled upon a protest... 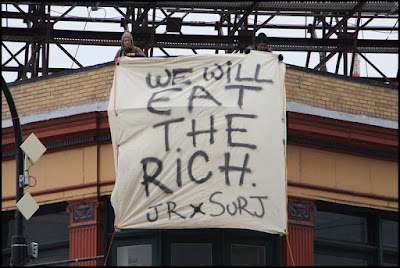 So I had the day off today and was on my way to a coffee shop this morning when I came upon this protest. I wasn't sure what it was at first so I stopped to read some of the signs. Then I hear someone yell, "hey Joe," from across the street. Of course I'd know people at this or any protest, right?  Anyhow, this protest was in response the the arrival of Kellyann Conway and her $5000-a-plate luncheon/fundraiser for Trump. And in many regards this is also, by extension, a continuation of on-going protests regarding our own local racist, Carl Paladino because of his recent remarks that made news around the globe. I suppose the highlight of the protest was when the above banner was unveiled off the roof of the coffee shop directly across the street from the hotel where the fundraiser was being held (it's also directly under a billboard for the said hotel; see below). My only hope is that the luncheon took place in the windowed atrium so all attending would see not only the protest below but also the banner directly opposite them. I have to add that these were some mighty hearty protesters. After I snapped some photos I went and joined them but I was only out there a fraction of the time as most of them...the high today is 20f/-7c. Anyhow, it really is awesome to come across something like this while riding my bike on a really cold day to a coffee shop. And lastly, there's that guy in the coffee shop window (bottom photo). 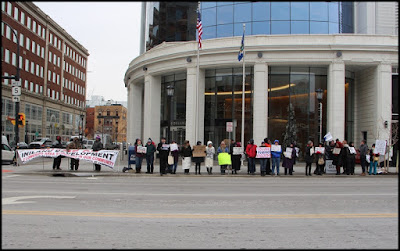 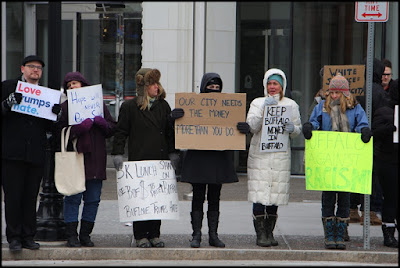 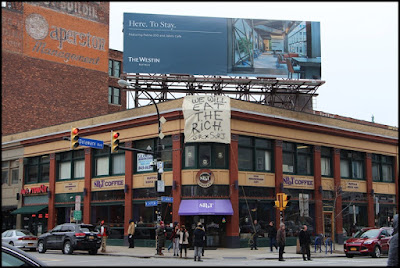 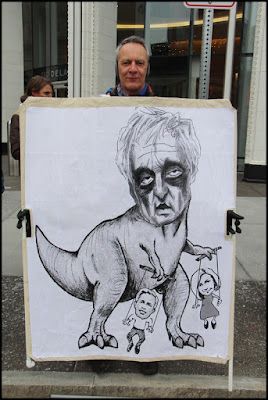 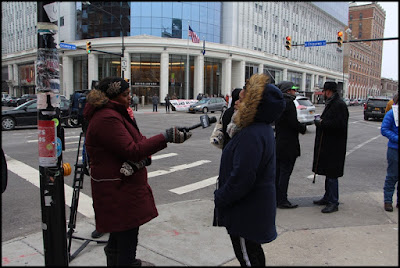 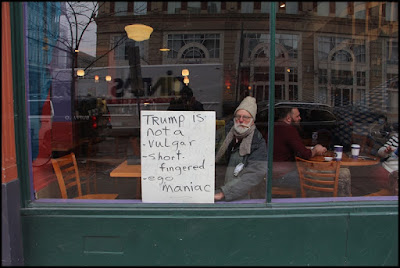