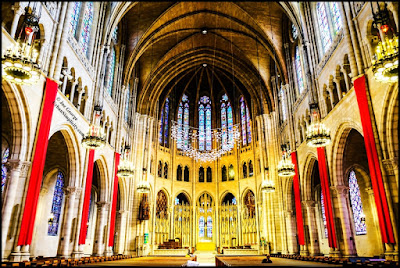 “I like the silent church before the service begins, better than any preaching.”
~Ralph Waldo Emerson

Two weeks ago I was in New York City, had a day to myself, and went on a sort of self-guided tour to photograph some of that city's magnificent churches. Whether or not one considers themselves spiritual I cannot imagine not being moved by these incredible buildings. I have, for most of my adult life, enjoyed sitting in the quiet of an empty or near-empty sanctuary. I find it so incredible calming. The first time I noticed this was after not having been in a church for many years. I was in my late twenties and had crossed the border to Tijuana for a day trip. After many beers and walking in the hot sun I passed the Catedral de Nuestra and her doors were open so I went in. I probably sat there in the cool of the silent sanctuary for more than an hour. Since then, whenever I travel, I often find myself sitting in the quiet of a sanctuary if even for just a few minutes. Anyhow, here's a bit of info with this photo series.

I wanted to start uptown and work my way down, which is what I did. I was staying at Union Square so I took the train to the upper west side, to Riverside, and began at Riverside Church (pictured above). Why I started with this church, and why it has a bit of personal attachment, is because almost three years ago to the day, I sat in the third pew from the front at the isle seat. It was three days after our ordination as interfaith ministers and on that day it was our graduation. The church, on that day, was packed to the gills with nearly fifteen hundred people. It is a day I will never forget. After taking this photo I went and sat in the same spot. It gave me goosebumps.

The rest of the photos I will simply say which church they are as I don't feel the need to write a dissertation on them. But, if you are at all interested in this type of thing, I urge you to google them and their histories. So many of them have had activist ministers and congregations and interesting histories. Here's the rest of the churches.

After Riverside, I walked down to St. Paul's Chapel at Columbia University (and oddly this is the only one where photography was not allowed...I found out after snapping a photo without a flash). The next church, and the most impressive is is the Cathedral of St. John, which is not only NY's largest church it takes up multiple city blocks. I then walked over to St. Patrick's Cathedral and arrived just as they were offering Communion at their noontime mass. I sat for a few minutes and then accepted communion as the priests offered it, even though I am not Catholic and the walls did not crumble. From there I took the subway down to lower Manhattan and stopped at two of my favorite churches. First St. Paul's Chapel (where George Washington worshiped on the eve of his inauguration), and then Trinity Wall Street. Both of these churches are very close to Ground Zero and offered aid and shelter to the rescue workers during their services. Click any image for a slightly larger view. 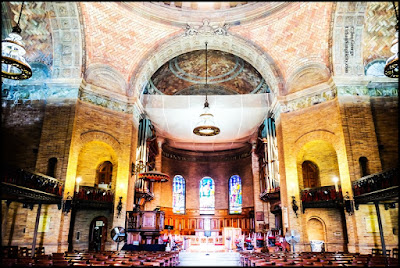 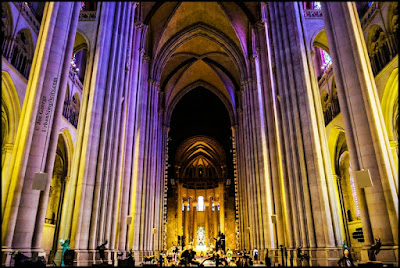 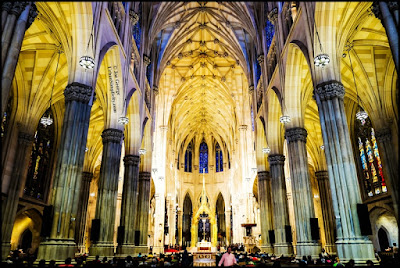 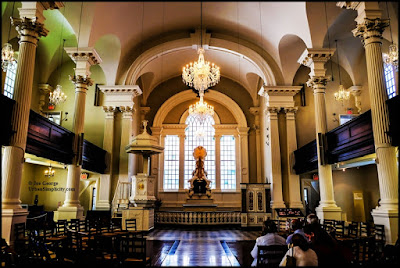 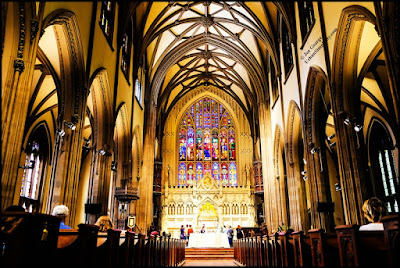