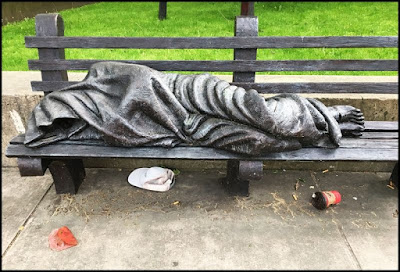 “Oh no I’ve said too much, I haven’t said enough.”
Michael Stipe
Losing My Religion

I saw him coming. He was walking his bike towards me and eyeing me, but I really wasn’t in the mood; I wasn’t feeling generous or giving. Brandon Lee, that was his name, he told me when I asked. “I’m not homeless,” he also added, after asking me for money. His bike was loaded down, not in the way someone does if they were touring, but more so it was loaded down with what looked like everything he owned. His bike, he told me, keeps him young. He’s 54, he also added. I’m just a year older than him, I told him, and that I also ride bikes. Such similarities but so many differences. He asked me again for money, to which I skirted the subject by asking him a question, “Hey Brandon, if I wanted to offer food to the homeless, where should I go?” “Outside the bus station would be a good place to start,” he said.” “Really, I was thinking about the homeless Jesus statue,” I countered. “Naw man,” he continued, “That’s just where people go to grab stuff that church people leave for them. The bus station, outside the City Mission, under the bridges by the Mission, that’s where you’ll find them.” I reached for my wallet and handed him two dollars, I felt like I was paying an informant. When I handed him the money he thanked me, called me his brother, and then started rattling off other places to find the homeless. He was still talking as I rounded the corner. I could no longer see him but I could still hear him.

It’snothing new for me to offer street people money, or at least engage with them and offer a little dignity. One person talking to another person. But this was different, in a way. This is a project I am doing for a class I am currently enrolled, Society and Religious Belief. Truth be told, I’ve thought of doing this in the past on my own but never have. This, I thought, would give me the initiative. I was given much leeway with this project and this is what I chose, and now I questioned myself. When offering change and conversation on the streets I’m familiar with, that’s on my terms, but in some ways what I was about to embark on was theirs.

My original plan was to make sandwiches and coffee and carry them on one of my cargo bikes. But I wasn’t sure what to expect and didn’t want things to go to waste, so as a start I opted for bottled water and snack chips. So armed with a case of water and a 24 pack of chip varieties, I headed out by bike.

Against Brandon’s advice, I thought I’d stop at the homeless Jesus statue first as it is only a couple blocks from the bus station, but I stopped before I arrived. Though Buffalo is going through a great renaissance, downtown on a Thursday night after 5pm still turns into a ghost town.

I was stopped at a traffic light at a major intersection and to my right was a guy sitting on a ledge with bags next to him. We were just a few feet apart. I looked over at him and our eyes met, “How you doing, man,” I asked him? He looked down, started shaking his head from side to side and was speaking but it was so soft I couldn’t hear him. He looked to be about my age and was a rather large guy. So I said, “I’m sorry, I didn’t hear you.” Now he looked up directly into my eyes and said, “I’m hungry.” I asked him first if he new of the soup kitchens around the city and then recommended a couple. I pulled the bike over and asked if he wanted some chips and water, which he did. After handing him a couple bottles of water I asked him what kind of chips he wanted. “Whichever kind you don’t like,” he responded. He didn’t want to eat the ones that I liked. When I handed them to him he opened them immediately and started eating. His vice was barley audible. His name is Jeff and he’s a veteran of the Air Force. He’s been on the streets “for a while.” I shook his hand and asked if he wanted more chips or water. He didn’t. He never asked me for money or food, or anything.

When I arrived at the homeless Jesus statue there were a few people there so I sat down on a ledge next to the statue. After a few minutes a guy I saw earlier on my ride came by. He was wearing sweatpants and bright orange sneakers that seemed too large for his feet. Walking in a hurried manner somewhat anxious manner, he carried a garbage bag which I could tell was filled with empty bottles and cans, which one person referred to as “homeless currency.” They’ll steal that shit the same as they steal money, he told me. Anyhow, when he approached he started rummaging through a garbage can for more empties. One he pulled out, I could see as he examined it, was full with the tab intact. He popped the tab, I could hear it’s fizzy release from where I was sitting, and then chugged a little. I decided to head to the bus station and as I passed him I asked him if he would like any chips or water. “Oh, no thanks brother, I’m just collecting cans.” 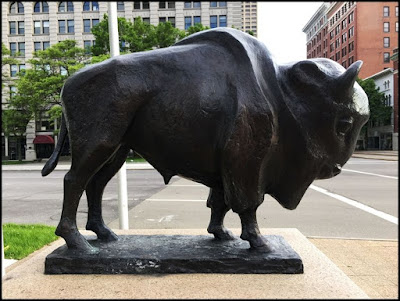 I stopped in front of the bus shelter for just a brief period as there was not much happening there. But while I was there, and as I passed a statue of a buffalo (as in Buffalo, NY), it reminded me of another time I saw this statue after taking a bus from Nashville. I had just returned from externship from culinary school. Both of my parent were already deceased and while I was gone our family home was sold. It was an odd feeling. I remember seeing this statue at night while waiting for one of my sisters to pick me up. I was an adult, of course, but I felt like an orphan. And in some ways that feeling has never left me. I can not imagine the loneliness one must feel when they are on the street. Alone and invisible.

I don’t want to paint this with rose colored glasses in that the homeless are all gentle street people and nice. On the contrary. Many have problems that keep them on the street and being able to function in “normal society (what is normal?), but it doesn’t mean they are not fellow equal humans on planet earth. No one, as little kids, intends to or aspires to end up on the street, but many do. Anyhow, as I coasted to another stop at a red light at a rather deserted intersection there was a person sitting on the sidewalk reading a book. With many bags next to them, they were so bundled up head-to-toe I could not tell if they were a man or women. I look over at them, say hello. “Fuck you,” is all they blurt back without looking up from their book. I was just going to offer you some water or chips if you’d like some, I say. “Fuck you. Get the fuck away from me,” is how they replied. So I rode on.

Then there is Ann. I’ve seen her on a few occasions but just learned her name yesterday. She was in a doorway with her belongings next to her on a particularly desolate and somewhat dangerous street. She was shivering and looked scared. The clothes she wore would be more appropriate on a younger woman but she may have been younger than she looked. I coasted to a stop in front of her, said hello, and asked if she would like some water or chips. Yes, she said. I handed her two bottles of water and asked what kid of chips she wanted, “Any kind is fine,” she said. After talking with her for a couple minutes she interrupted and asked abruptly, “You married?” Taken aback, I smiled and blushed a little by the surprise of the question so out of context, “Nope, divorced,” I told her, “How ‘bout you?” The same, she said. 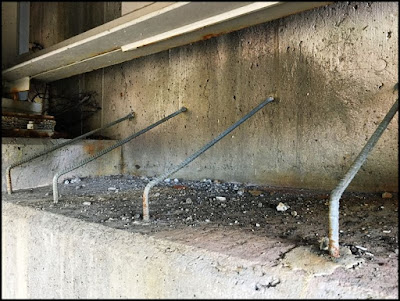 Night was falling and I wanted to head home, but on my way I thought I’d stop by the bridges that Brandon had mentioned. I’d seen them before as I’d ridden by on bikes or in cars, the people sleeping under the viaducts. When I approached the first bridge it was empty, except for some trash and other evidence. But when I surveyed the upper ledge where they would sleep—where I would sleep if I were without a home—I could see that there were steel bars installed to keep people from laying there.

I pedaled on, and at this point (sorry to be so graphic) but I had to urinate. This is not a problem if one is part of normal society but what if one is homeless. What about defecation. Such basic private bodily functions I take for granted. 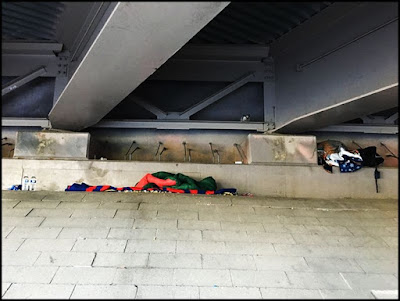 At the second of the two bridges there was a small encampment at the top of the bridge. Not at the very top—the shelf, as I’m told it is call—but the next level. This bridge had double metal bars to keep people from laying in it’s most secure spot. I called up, “Yo, you up there?” No answer. I stood there for a minute, trying to imagine that this was my home, temporary or not. The smell of sewer wafted in my nostrils and I shivered a little. I walked up the incline and set two bottles of water and two bags of chips next to the sleeping bag. I pedaled on.

I’m almost home and stop at a bar for a beer, mostly to relive myself but also because I know there is free live music and I need some beauty. I feel fragile. After ordering a beer I retreat to the restroom. I’ve been here before and know that as I stand at the urinal there is a large mirror behind me. A passage of the book, Down To This, by Shaughnessy Bishop-Stall, comes to mind. The author voluntarily spends time in Toronto’s shanty town, which at the time (early 90’’s) was the largest in North America. He panhandles and plays billiards in bars for money. Anyhow, there’s a passage where he talks about flirting with a person in the bar. He then goes to the restroom and sees himself in the mirror and almost doesn’t recognize himself. He had forgotten, for a minute, that he was homeless and was surprised at how disheveled he looked.

After relieving myself and washing my hands I walked past the mirror but consciously looked away. I didn’t know who I would see.

“We’re all just walking each other home.”
~Ram Dass 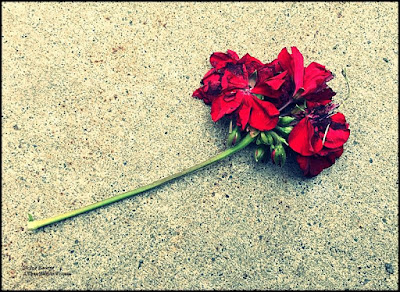