Seven Photos of One Building, and a Few Words. 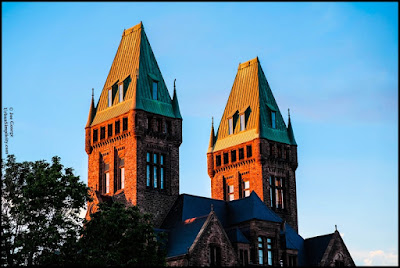 “Mere color, unspoiled by meaning, and unallied with definite form, can speak to the soul in a thousand different ways.”
~Oscar Wilde

A couple things. One is that the event two nights ago was incredible. If you are reading this from somewhere other than Western NY the event I speak of is the illumination of the former Richardson Complex, now known as Hotel Henry. I have posted about these structures before but not in a while. The hotel and the original complex take their names from the architect, HH Richardson. Constructed in the 1800s, for many years it was part of the Buffalo Psychiatric center, which still resides next door. Then it sat vacant and crumbling for many years, decades. It was close to demolition at one point. But as you can see it has been resurrected and in a glorious way. Thus, as a grand opening of sorts, two nights ago the buildings were illuminated and the Buffalo Philharmonic Orchestra played. The light-show was choreographed with the music. As stunning as these photos are they do not do it justice to actually being there..at points the buildings looked to be throbbing and even melting. Incredible. On a slightly different, but at the same time similar note, if you'd like to see images of our grain elevators illuminated, which are now a permanent nightly display, click here. The City of Light. 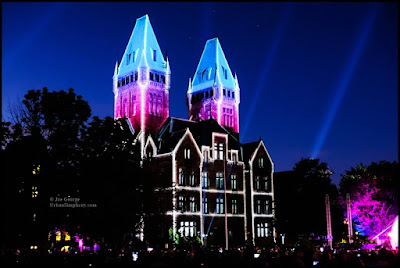 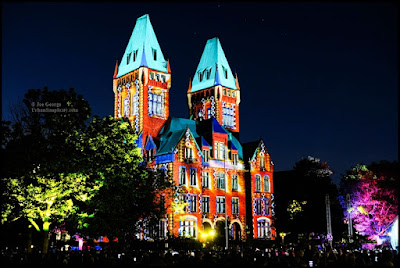 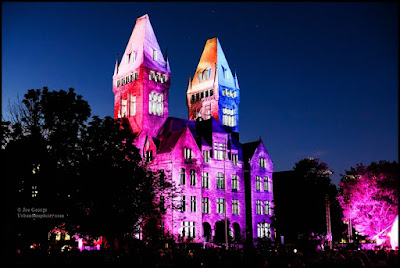 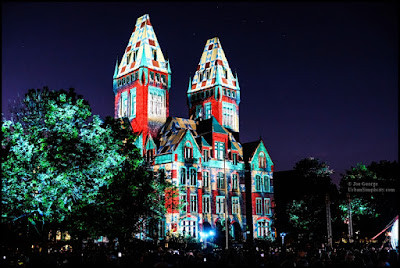 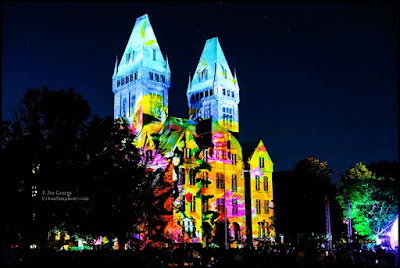 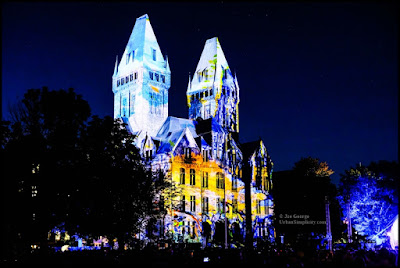