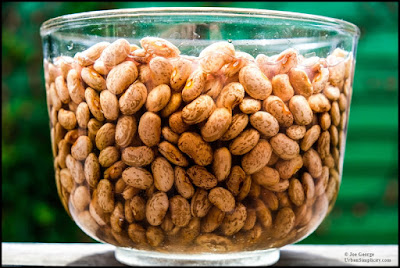 “A burrito is a delicious food item that breaks down all social barriers and leads to temporary spiritual enlightenment.”
~Lisi Harrison

I'm not sure when it happened but somewhere along the way it did. I did not grow up eating beans, legumes, or pulses but have really grown fond of them. All kinds of them. Their flavors mingle with whatever they are cooked in and the result is nothing short of delicious in my humble opinion. Beans themselves are also a super food, two of the many healthful attributes of them in your diet are that they can keep your cholesterol and blood pressure in check. And when combined with rice they create a complete protein. When it comes to finances, the cost of beans and the amount of food they prepare for their cost cannot be beat. Thus said, while I post a lot of meatless recipes on this blog I am not  vegetarian (I eat meat on my job), though I haven't purchased meat for home consumption in some time. Anyhow, I'm getting off topic. This is a really simple recipe which can be altered to suit your personal tastes. I ate these (two days in a row) over brown rice and topped with avocado, diced tomato and raw onion. Not only was it a complete protein it was a complete meal, and a filling and delicious one at that. Some of the remainder of the beans will be frozen in increments, and another portion will be turned into refried beans. The simple recipes are below. 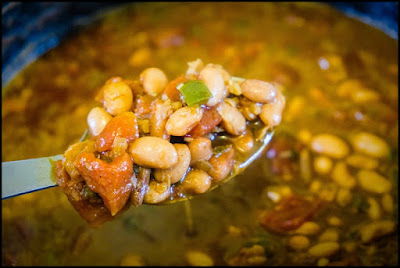 Place the beans in a large bowl and pour cold water over them, covering the beans by at least two inches. Cover the bowl and allow the beans to soak overnight. The next day drain the beans and discard the water.

Heat the olive oil in a heavy pot, then add the onion, bell pepper, and jalapeño peppers. Cook the onion and pepper for a few minutes, until they just begin to brown, then add the chipotle with the sauce, the garlic, chili powder, and cumin. Stir while cooking for a couple minutes. Add the diced tomatoes then bring them to a boil. Cook the tomatoes for a few minutes to concentrate some of their juices and flavors. Add the soaked and drained beans to the pot, along with the broth and salt. Bring to a boil, then lower to a slow simmer. Simmer the beans for about two hours, or until very tender. Stir the pot often and skim as needed. 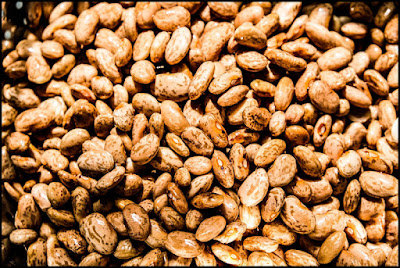 Heat a few tablespoons of olive oil in a skillet. Carefully add a quantity of prepared Frijoles Mexicanas to the skillet. Bring to a simmer. Toss and stir the beans until the liquid evaporates and the beans begin to fry in the oil. Remove the beans form the heat and allow them to cool for a couple minutes for safety. Then transfer them to a food processor and process until smooth.