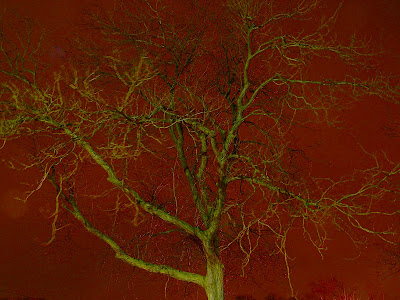 Since recently purchasing a small tripod, and using my bike as a platform, I have been able to take much fuller evening and night pictures with my inexpensive little point-and-shoot camera. I have always found the night to be very spiritual, and taking photos such as this is, to me, a form of contemplative photography. I usually carry a camera with me (and lately the mini tripod as  well) and as I pedal and coast silently through the chilly city streets I'll often stop and take a few photos. Sometimes I find it a soothing and reflective experience...I have to really look at the object or scene before me--study it a bit--before I take it's photo.

Lastly, I'll leave you with a brief story. Tonight as I was leaving the health club I had my little camera and tripod set up on the back of my bike and was about to take a picture. A guy I've met before was walking from the parking lot to the building. As he passed he asked what I was doing; I told him taking pictures of a tree. Why, he wanted to know; because I thought it was beautiful, I told him. Okay (but pronouncing it (ohkaaay) he said as he rushed passed me. I was hoping he would look up to see it, but I don't believe he did...the above image is the one I was taking. The light--or the lack of it--really changes things. 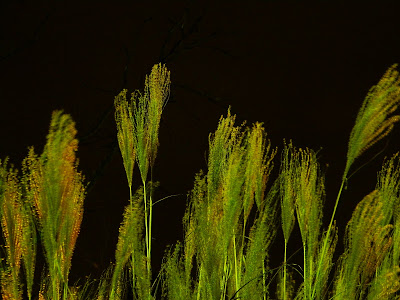 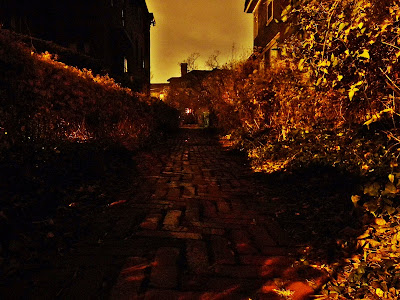