The Usefulness of a Bike, and a Couple Photos that Make Me Feel Small 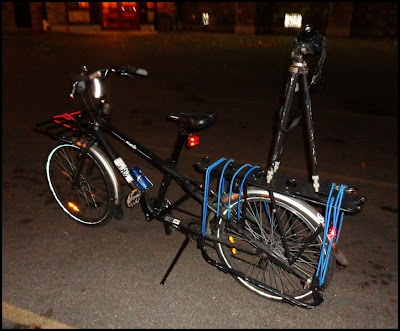 I mentioned in a previous post regarding using a bike (especially a long-tail) as a platform to stabilize a camera, and in that post I was using a small tripod that was primarily for compact or at least lighter cameras. Well, since then I have gotten a couple new (used) cameras that are considerably heavier and bulkier, and they pose a challenge for the tiny tripod. I was given the one in the picture--which is good and sturdy--but the leg extensions do not work (hence the reason it was given away). But standing it on the rear deck of the Yuba Mundo it is a perfect height (it is also the same length of the deck when lying flat so it transports well, too). Anyhow, I was out taking a few photos of the incredible full moon tonight. The photo immediately below is zoomed in (of course), and was--believe-it-or-not--not taken with a dslr camera, just a higher end point-and-shoot. and the bottom picture is the same shot but prior to zooming in. In that image Jupiter is visible just above the moon. Does it make you feel small? It does to me... 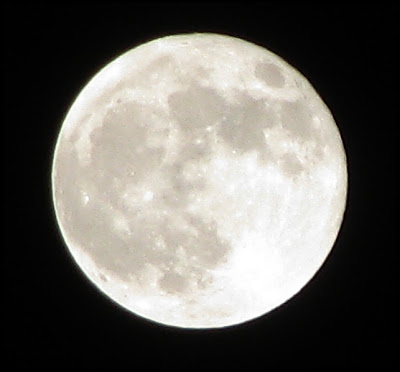 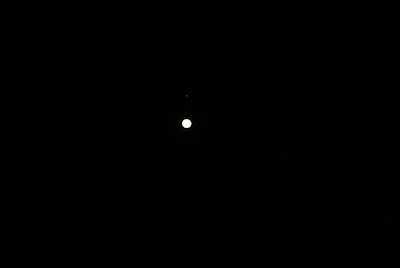