Things That Can be Carried on a Bike (#582), and a few other things I often carry but don't usually mention... 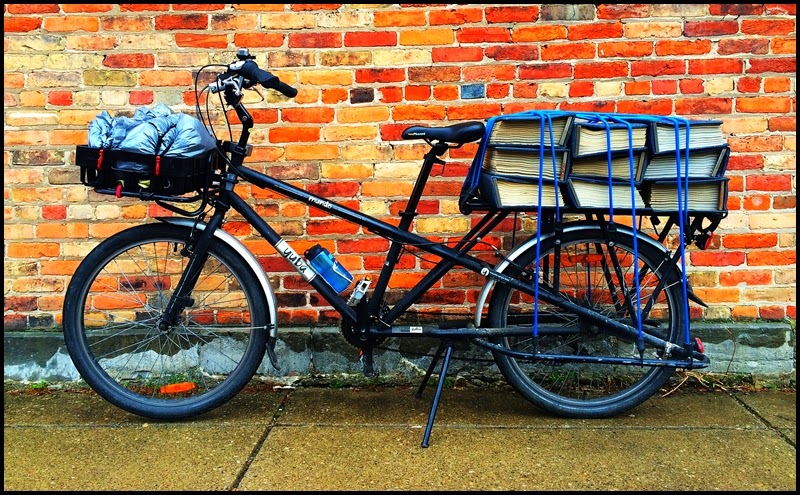 On the bike...a camera bag and book bag (wrapped in a plastic bag because it had just begun raining), and 108 copies of Gourmet Magazine in hardcover bindings (on their way to a local used book store).

Something I have mentioned in the past but don't often mention these days is my bike(s) as a tool for photography. At least 90% of the photos you see on this page were taken while using my bike as transport (and carrying various pieces of equipment). Below is an image from tonight, carrying a tripod (the camera is not in the photo--obviously--because it was being used to take the photo). Anyhow, I guess what I am trying to say is that if I were not on a bike--or sometimes on foot--I would not get half the shots that I do. It's that simple. And this is what I was thinking about tonight as I rode home in fog and a light drizzle. 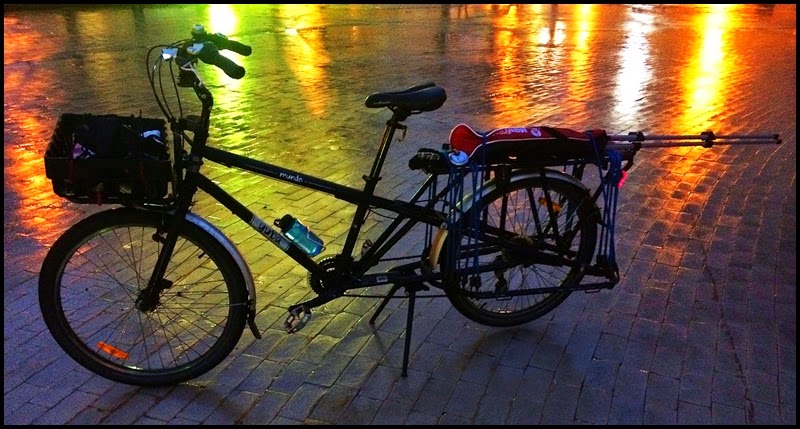