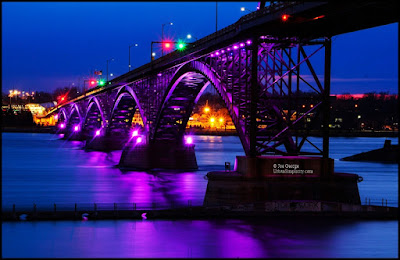 "Dearly beloved. We are gathered here today to get through this thing called life"
~Prince Rogers Nelson

Okay, so by now--unless you've been hiding under a rock--you've heard of the artist known as Prince making his transition. You've also probably also not seen, heard about, or talked about the color purple as much as you have in the last couple days. I'm not a Prince fan in the classic sense of the word, in that I don't consciously go out of my way to listen to his music. But I have always appreciated his genius in the same way that I do when I watch videos of Micheal Jackson...I probably wouldn't put on one of their CDs, but when I watch clips of them perform I am quite literally in awe. But with Prince his music, or at least his earlier music, was sort of a backdrop to my life at a certain point. It reminds me of a wild period in my life during the early-to-mid 1980's (and yes, I saw Purple Rain at the theater when it came out--saw it twice, actually--and really enjoyed it). Anyhow, here's the story of these photos. The one above is of the Peace Bridge, which spans the Niagara River and connects Buffalo, NY (my home town) with Fort Erie, Ontario, Canada; it was lit Purple to honor Prince last night. The photo below is actually a photo from a couple summers ago when I was on retreat in Stony Point, NY; I colorized it making it a sort of "purple rain." The photo below that I'm almost embarrassed to post because of it's poor quality but still wanted to show it...it's a handheld cellphone shot of city hall as seen from the front of my house as I mounted my bike at pre-dawn on my way to work this morning; it too was lit purple in honor of Prince (to see much better shots--inside and out--of our beautiful city hall, click here or here). And then the last two photos were shot just before I arrived at work. And no, I was not stalking someone's house, it is a business that was not open for the day yet (a hair salon, I think), and it's interior glowed purple. I ride this route each morning and had never noticed it. Maybe it's been there and I was just more "purple sensitive" this morning. Or maybe they too lit their shop to honor the artist. It's odd, I think, in that a musician whom you may not identify with their music exactly can really permeate your life...become part of it in a way. His music is part of my history, I suppose. And it's odd still, how someone who I've never met, but is just a few years older than I, can move me in their passing. The mystics say that we are all connected to one another and to everything, and as I've gotten (getting) older, I've come to truly believe this (know this). And I have always loved the color purple. 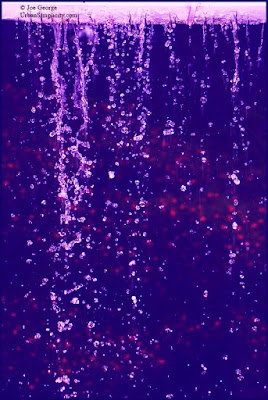 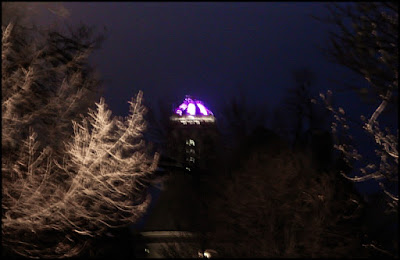 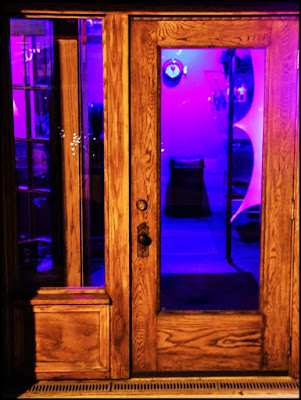 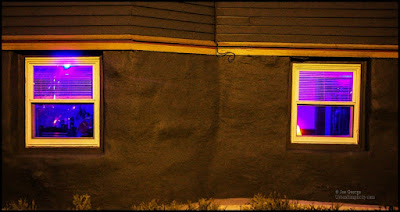 "This is what it sounds like, when doves cry..."