The View from the Top... 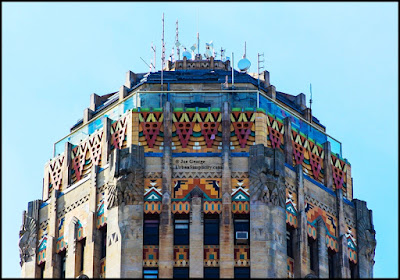 This is a series of photos I shot last week from the observation deck of Buffalo's incredibly beautiful City Hall. The observation deck is visible in the above photo as the strip of glass that surrounds the very top of the building. The first photo below was taken from the steps, looking up. This, in my humble opinion, is one of the most underused and free attractions to our city. To see photos of the interior of the building, here's a series I shot last year, and if you'd like to see a couple photos of the building at a distance and lit up at night, click here.

Anyhow, the photos are as follows...the second photo below is looking east over the city just as you walk out onto the observation deck, when you are up there it is easy to see how the street patterns were laid out in a sort of wheel pattern in the same way as Paris. Walking around the side of the deck and looking northwest one can view Niagara Falls 20 miles away, that's the next photo (if you look close you can see the mist from the actual falls). The photo below is a zoomed in photo of the tightly packed West Side, my neighborhood. The last photo is a zoomed in photo of the top of the Liberty Building, which is also visible (in the distance) in the photo looking out over the city. What I find interesting about this zoomed in photo is that if you look past the city you can see dozens of windmills in the distance, those I believe are the windmills off to the east of Buffalo in Cattaraugus and Wyoming counties. Anyhow, whether a local or visitor to the City of Good Neighbors, the observation deck as an excellent and interesting way to spend a (free) half hour or so. 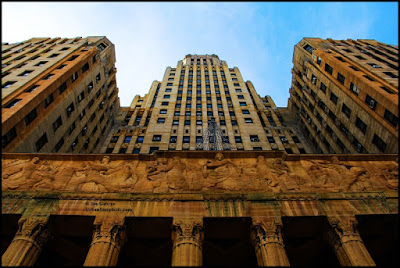 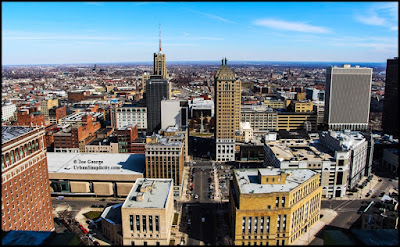 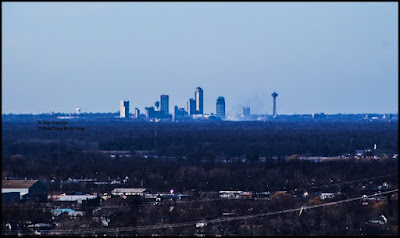 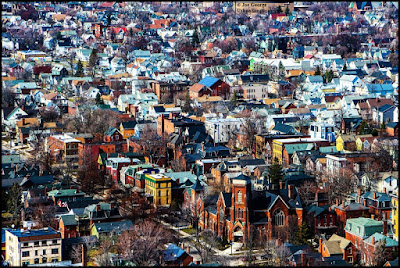 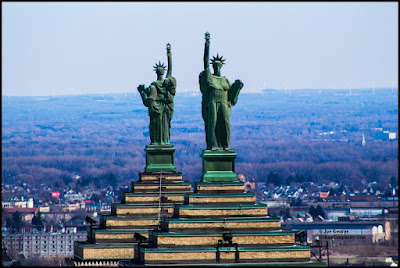